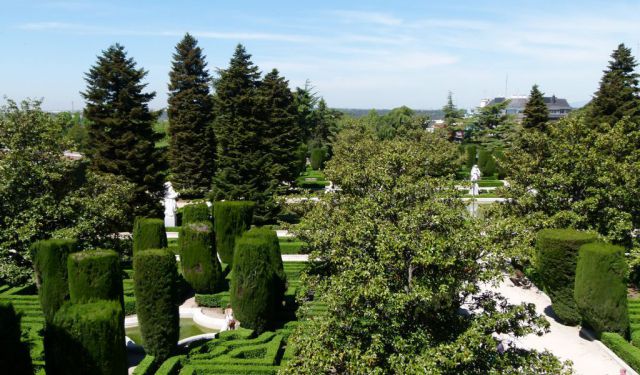 All week the weather here in Madrid has been beautiful, sunny and hot, so I figured there was no better way to spend my weekend than by sipping on a drink, basking in the sun, and relaxing on the grass in one of Madrid’s best parks.

Well, Mother Nature clearly had different plans as we’ve been plagued with more rain than sun these past few days. While it made for a productive weekend, it so wasn’t what I had in mind.

Instead of lounging, I spent my days daydreaming and making plans for the next sunny day where, mark my words, I will be out enjoying one the best parks in this fine city.

Located in the Moncloa district of Madrid, Parque del Oeste is a beautiful combination of grassy knolls and wooded forests. The park covers approx. 18,000 and is home to the famous Templo de Debod. Its network of winding trails makes it one of the best places, and one of my favourites, for an afternoon or after-dinner stroll.

El Retiro (or Buen Retiro Park) is one of the biggest parks in Madrid. Originally, the park belonged to the Spanish Monarch, but in the late-19th century it was opened to the public and it quickly became the green heart of the city. ...... (follow the instructions below for accessing the rest of this article).
This article is featured in the app "GPSmyCity: Walks in 1K+ Cities" on iTunes App Store and Google Play. You can download the app to your mobile device to read the article offline and create a self-guided walking tour to visit the attractions featured in this article. The app turns your mobile device into a personal tour guide and it works offline, so no data plan is needed when traveling abroad.