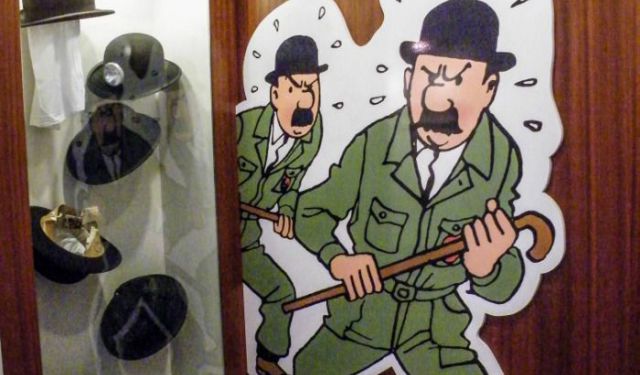 On the previous post about Brussels, I mentioned about Grand Place and surround. The most well known site in Brussels, which is basically a city square where massive visitors gathered.

This time I can’t think of any better way to show you Brussels than presenting some of the museums in this beautiful city. I know..I know..it’s not everyone’s cup of tea, but while in the city, why not have a different peeking rather than only strolling at tourist spots.

Like any other cities in the world, plenty of museums spread across Brussels. Don’t worry, I won’t extend your time on all those museums, only a few, which I think might have a chance to be on your list to explore.

Here are they… (the rank of the list is not equivalent with the popularity of those museums, this is simply a random list).

It’s a heaven for car lovers, and still it’s an attractive museum even for those who is not really a car lover. Situated in the southern hall of the Cinquantenaire Park or Jubel Park (the easternmost part of Brussels), AutoWorld museum collects 350 vintages European – including Belgian’s – and American automobiles from 1886 to the 1970s. The Belgian automobiles displayed here are the ones produced prior to the Second World War, like Minerva – similar model as a 1928 Bentley – Imperia, Germain and Vivinus. More than 900 cars in the collection, and that makes it as the largest collection in the world. Temporary exhibitions or temporary event sometimes held in the museum. The latest event was about Italian car which ended this January. Open a whole year, from 10am – 6pm. Entrance ticket is variable: ...... (follow the instructions below for accessing the rest of this article).
This article is featured in the app "GPSmyCity: Walks in 1K+ Cities" on iTunes App Store and Google Play. You can download the app to your mobile device to read the article offline and create a self-guided walking tour to visit the attractions featured in this article. The app turns your mobile device into a personal tour guide and it works offline, so no data plan is needed when traveling abroad.