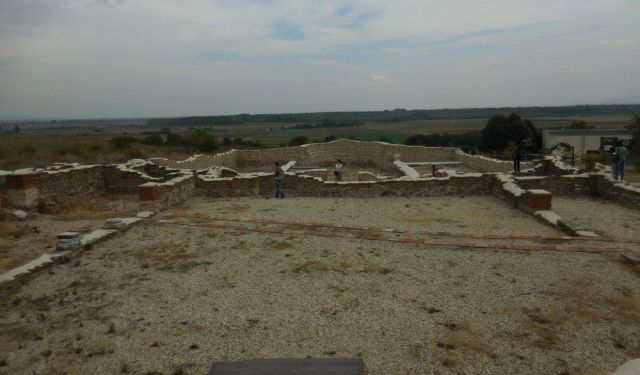 Before moving to the antique village of Cabyle, I will first narrate you a short story about Yambol, the town in whose vicinity the Thracian village is located, and its Bezisten.

Yambol’s location in the South-eastern part of Bulgaria on both banks of the Tundzha River gives it a favourable climate with fertile lands which attracted settlers since ancient times.

Its ancient history dates back millennia before the Bulgarian state was established. Some of the earliest archaeological findings can be traced to around 6,000 BC – the time of the reign of the Roman Emperor Diocletian. It was then when the castle with the name Diospolis (town of Zeus) was erected near the location of contemporary Yambol.

Throughout time, the town’s name changed a couple of times – from Dianopolis, Dabili, Dampolis, and Diospolis to the modern name – Yambol. Today, the town, also an administrative centre of the region with the same name, built in the heart of the Thracian Valley, epitomises culture, history, traditions, and customs. ...... (follow the instructions below for accessing the rest of this article).
This article is featured in the app "GPSmyCity: Walks in 1K+ Cities" on iTunes App Store and Google Play. You can download the app to your mobile device to read the article offline and create a self-guided walking tour to visit the attractions featured in this article. The app turns your mobile device into a personal tour guide and it works offline, so no data plan is needed when traveling abroad.