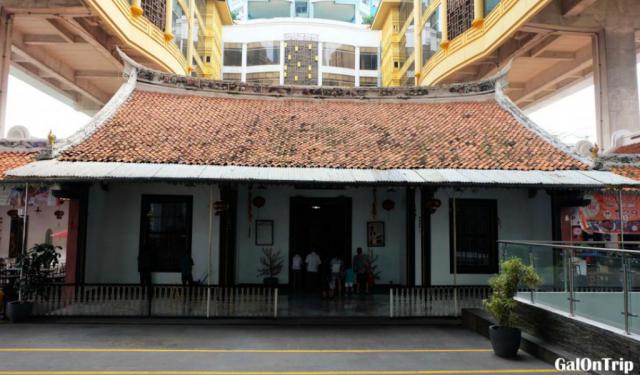 Candra Naya - A Nation’s Heritage in Jakarta, Jakarta, Indonesia (B)

Finding Candra Naya building was a bit funny experience when I had to be there for a gathering with Chinatown Walking Tour members of Jakarta Good Guide. At a glance, Candra Naya is like a hidden gem in a concrete forest, that only can be found after passing the alley of Novotel Jakarta Gajah Mada Hotel, right before Green Central City superblock. Its unconventional location is in fact has an interesting story behind it.

It is estimated that Candra Naya was built in the rabbit year in Chinese Lunar Calendar, somewhere around 1807 or 1867. It is a former residence of Major Khouw Kim An, who inherited the house from his father, Khouw Tjeng Tjoan, who had 14 wives and 24 children. Khouw Kim An was the last Major of the Chinese (Majoor der Chinezen), a leader of Chinese society during the Dutch colony period from 1910 to 1918 and re-elected from 1927 to 1942. Therefore, the building was also known as the Major’s House.

Born on June 5, 1879, Khouw Kim An was not only the Major of the Chinese, but also an entrepreneur and a shareholder of Bataviaasche Bank. He received numerous awards from the Dutch for his merit to the local people. Unfortunately, he was arrested in 1942 during Japanese occupation and died in the concentration camp on February 13, 1945. ...... (follow the instructions below for accessing the rest of this article).
This article is featured in the app "GPSmyCity: Walks in 1K+ Cities" on iTunes App Store and Google Play. You can download the app to your mobile device to read the article offline and create a self-guided walking tour to visit the attractions featured in this article. The app turns your mobile device into a personal tour guide and it works offline, so no data plan is needed when traveling abroad.