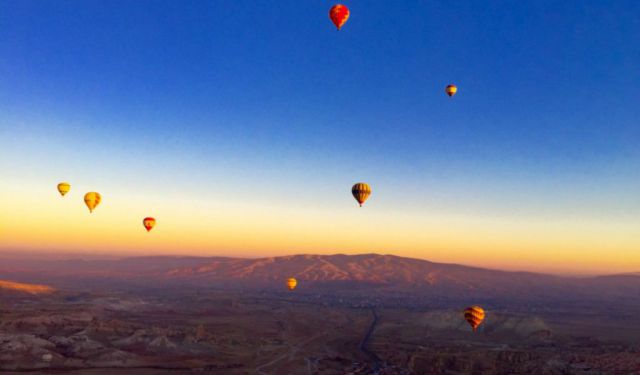 Often after visiting a country, people asked ‘So what is your favourite city here?’ and undoubtedly, my favourite city in Turkey is none other than the Fairy Chimneys – Cappadocia.

I spent a good 2 full days in Cappadocia and I wish I had more times to spend in this beautiful city. To make it easier for understanding the landscape in Cappadocia, usually tour agent will name it into North and South Cappadocia tour.

The South Cappadocia also known as green tour visits the underground cities as well as ventures into the neighbouring city of Aksaray to Ihlara valley & Selime monastery.

There are two popular town for tourists to based in Cappadocia which is Goreme and Urgup. So whether to stay in Goreme or Urgup, it’s your call, just a short note that Goreme does get touristy during Summer time. ...... (follow the instructions below for accessing the rest of this article).
This article is featured in the app "GPSmyCity: Walks in 1K+ Cities" on iTunes App Store and Google Play. You can download the app to your mobile device to read the article offline and create a self-guided walking tour to visit the attractions featured in this article. The app turns your mobile device into a personal tour guide and it works offline, so no data plan is needed when traveling abroad.