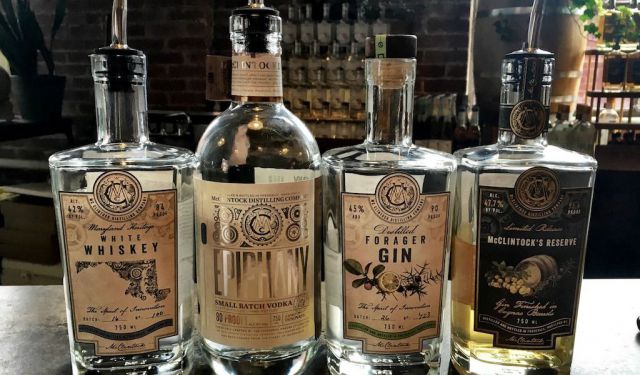 Craft Spirits and Brews in Downtown Frederick, Frederick, Maryland (B)

Each time we return to Frederick Maryland something new catches us by surprise. This time it was the sudden presence of three new craft distilleries within walking distance in the historic center of Frederick. Combined with the craft breweries that have also opened downtown in recent years, you can make a nice day of artisanal beverage tastings.

All three of the new distilleries opened in 2016. That’s not just a coincidence. In December 2014, the Frederick City Board of Aldermen voted for a change in city code to allow for craft distilleries in downtown Frederick. Once that opportunity tap was opened, local distillers jumped at the chance.

During the same time frame in February 2015, eleven Maryland distilleries came together to form the Maryland Distillers Guildto represent and promote the revival of artisanal distilling in the state. Maryland actually has a very interesting history of distilling. I bet you didn’t know that Maryland was the nation’s 3rd largest producer of rye whiskey prior to prohibition. ...... (follow the instructions below for accessing the rest of this article).
This article is featured in the app "GPSmyCity: Walks in 1K+ Cities" on iTunes App Store and Google Play. You can download the app to your mobile device to read the article offline and create a self-guided walking tour to visit the attractions featured in this article. The app turns your mobile device into a personal tour guide and it works offline, so no data plan is needed when traveling abroad.