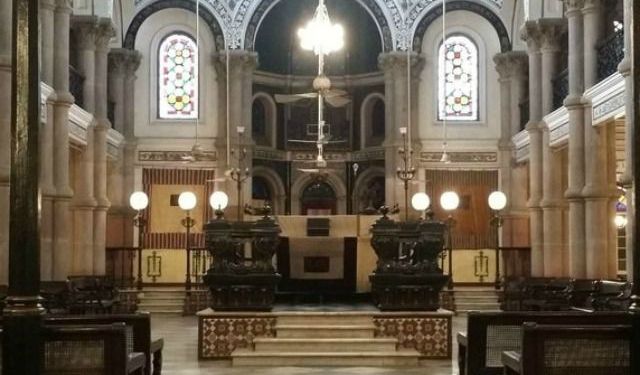 If you only have 48 hours in Kolkata, what would you do? On Day One, my friend and I had visited a museum, two synagogues, a coffee house, the river ghat, and walked along the prime commercial district in the city. A bit much? Well, our original list was much longer but we skipped other places as they were shut for the festive season.

For Day Two, I signed up for a half-day walking tour, and a walking tour is the best activity to know a city. The first time I went on a walking tour was in Mumbai in 2014, and I had a brilliant time. Since then I told myself that I would always look for a walking tour in a new city to help me familiarise with its heritage and culture. And nothing beats listening to stories and anecdotes from a local expert about the city’s deep secrets!

The tour which I signed up for was the Confluence of Cultures: The Melting Pot Walk organised by Calcutta Walks. Calcutta Walks is touted as the best walking tour in Kolkata, and they have received critical acclaim by major publications including Lonely Planet, The Wall Street Journal and The New York Times. The Confluence of Cultures Walk is one of their popular tours as the route passes through the various quarters of different religions, cultures and languages that make the city of Kolkata a great melting pot. ...... (follow the instructions below for accessing the rest of this article).
This article is featured in the app "GPSmyCity: Walks in 1K+ Cities" on iTunes App Store and Google Play. You can download the app to your mobile device to read the article offline and create a self-guided walking tour to visit the attractions featured in this article. The app turns your mobile device into a personal tour guide and it works offline, so no data plan is needed when traveling abroad.