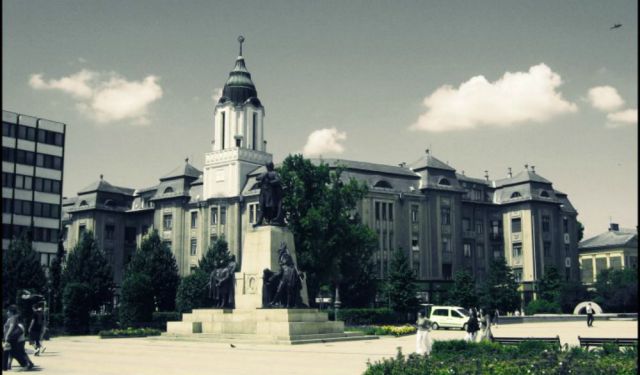 Debrecen: famous for being one of the cultural and social centers of Hungary, home to some of the most renowned Hungarian scientists, artists, actors, singers, poets and politicians in the country. It is the second largest city in Hungary, after its capital, Budapest. It was first mentioned in 13th century written sources. Debrecen is mostly known for its Reformed University, where lots of today’s notable scientists and artists once earned their studies.

Debrecen is located in Eastern Europe in the Eastern side of the country, close to the border with Romania, at a distance of only 35 kilometers. It lies on the Great Hungarian Plain, at about 220 meters. Hungary is known for being a flat country-you won’t see any mountains there. But they turned it to their benefit, because they have an impressive number of vineyards and make exquisite wine.

Arriving to the city can be a tough job, especially if you’re not familiar with the available options. Luckily for you, I can be of service! What you basically have to know is, that Debrecen has its own international airport, with flights from Bulgaria, Turkey, Germany or Tunisia. So you can basically fly in directly from these countries, or if you’re not from the any of above, you can fly until these countries, and take another flight from there. If you like to travel by bus, you can take a bus until the capital city, Budapest, and from there you’ll just have to get in another bus that will take you all the way to Debrecen. There are some direct bus lines from Romania and Ukraine passing through the city, but if you’re not from these countries, you’ll have to travel to the capital and then to Debrecen. If you’re a more flexible person, then you’ll probably be travelling by car. You don’t have to worry about the roads, because if you’re going from Budapest or the Western part of the country, the M3 highway will lead your path, having roads with great quality, so you don’t have to worry about any bumps. The railway system is very developed, you can get from one city to another quite fast. Debrecen has its own station, so if you’d like to visit another city, or if you want to arrive by train, it is possible. You can reserve tickets or check the timetable online. ...... (follow the instructions below for accessing the rest of this article).
This article is featured in the app "GPSmyCity: Walks in 1K+ Cities" on iTunes App Store and Google Play. You can download the app to your mobile device to read the article offline and create a self-guided walking tour to visit the attractions featured in this article. The app turns your mobile device into a personal tour guide and it works offline, so no data plan is needed when traveling abroad.