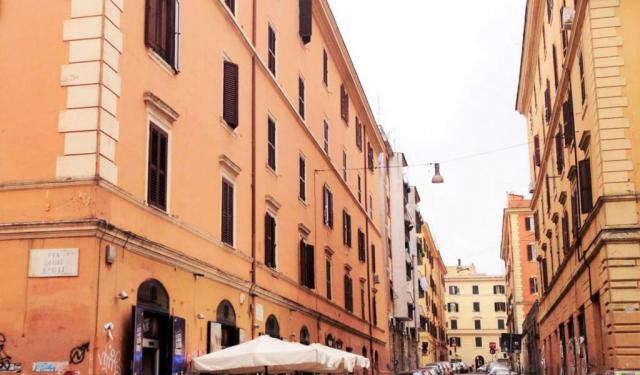 Do you like to experience the real Rome, to see an alternative area very close to the city centre? San Lorenzo is a very good option. We would also recommend you Pigneto, but having more than one option is always a sound rule.

Let’s be clear, San Lorenzo has no stunning landmarks, buildings, archaeological ruins or monuments except for the basilica of San Lorenzo – which gives the name to the neighborhood – one of the most important churches of Rome.

And why is that in such a beautiful city like Rome you may wonder? First of all because it was built as a residential area for factory and railways workers, second and most important because it was heavily damaged by a WWII bombing.

It was the heaviest bombing Rome suffered during WWII. 1,500 people died, 4,000 were injured. Most of the buildings were destroyed. Reconstruction had to be fast and cheap as it was the case all over Italy in the war aftermath.

How did it become Rome’s student and young artist district? Easy answer, Rome’s Sapienza University (the third largest in the world, by far the biggest in Europe with its 200,000 students) is nearby, and students especially non Roman ones – have been choosing it for decades as their home. It is also very close to Rome’s main train station, Termini. This area is particularly lively and recommend at night, however, as most areas attended by young people and students near the main train station of a big city, it can also present some threats, like drug dealing. So open your eyes while going around here, especially in the wee hours or if you are alone.  ...... (follow the instructions below for accessing the rest of this article).
This article is featured in the app "GPSmyCity: Walks in 1K+ Cities" on iTunes App Store and Google Play. You can download the app to your mobile device to read the article offline and create a self-guided walking tour to visit the attractions featured in this article. The app turns your mobile device into a personal tour guide and it works offline, so no data plan is needed when traveling abroad.