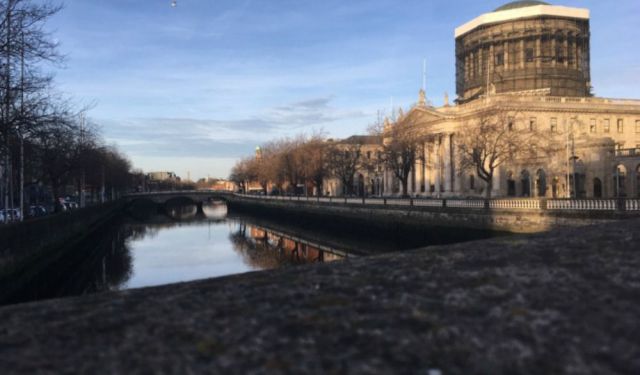 Sooo, let’s throw back to 2016 for a minute. I mentioned briefly that before I went to New York, I had a weekend in Dublin. Originally I was just gonna do a layover because it was a few hundred pounds cheaper this way but then I thought, what if I just fly to Dublin earlier and have a weekend there?! I woould have preferred a direct flight to New York so for the sake of a few hundred pounds, I spent that exploring Dublin for a couple of days!

I’d never actually been to Dublin, or anywhere in the Republic of Ireland, or even Northern Ireland for that matter, so I was pretty keen to give it a whirl! I did invite my friends to join me, but due to the time of year and money, nearly all of them pulled out so instead I went with my mum. We don’t spend too much time together these days so it was quite nice to have a little trip together.

We booked to stay at the Premier Inn near the airport, mainly because of convenience, but it was a nice stay. I’ve never stayed at a Premier Inn before and I’d definitely recommend this one for somewhere quite cheap if you’re not willing to bunk out in a hostel (which I’ve also had 11/10 experiences thus far and would recommend btw). ...... (follow the instructions below for accessing the rest of this article).
This article is featured in the app "GPSmyCity: Walks in 1K+ Cities" on iTunes App Store and Google Play. You can download the app to your mobile device to read the article offline and create a self-guided walking tour to visit the attractions featured in this article. The app turns your mobile device into a personal tour guide and it works offline, so no data plan is needed when traveling abroad.