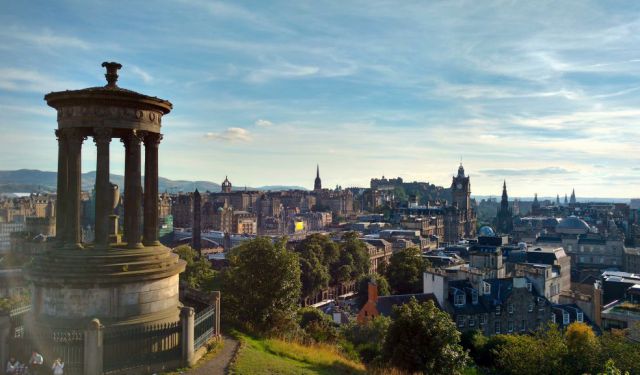 Scotland’s capital and second largest city, Edinburgh has to be the second coolest city in the UK. I’m not referring to temperature, although it is a bit chilly, I’m referring to its laid back atmosphere, wonderful people, and abundant awesomeness around every corner. Edinburgh is instantly likeable. The beautiful architecture of the old town, untouched by the devastation of war as London was, gives an old-world charm to its streets full of cafés, bars and pie shops. It is one of the world’s most beautiful major cities.

We were there to stay with friends for four nights either side of our dream Scotland whisky tour. Coincidentally, our trip that was planned to be specifically during Scotland’s warmest week, coincided with the start of The Fringe Festival. Cue beers, great food, whisky, comedy, and walking everywhere. ...... (follow the instructions below for accessing the rest of this article).
This article is featured in the app "GPSmyCity: Walks in 1K+ Cities" on iTunes App Store and Google Play. You can download the app to your mobile device to read the article offline and create a self-guided walking tour to visit the attractions featured in this article. The app turns your mobile device into a personal tour guide and it works offline, so no data plan is needed when traveling abroad.