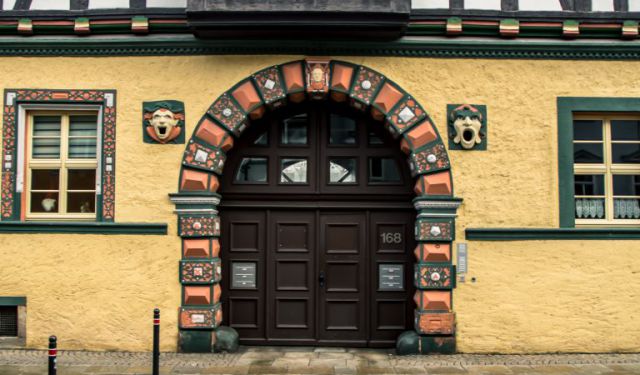 Erfurt: The Most Intact Medieval City in Germany, Erfurt, Germany (B)

I am totally sure that the best thing we all can do in Germany is to go on a road trip there! This country has the biggest number of charming and interesting stops that you could make on a road. And they are almost every 10 kilometers! That’s why we – you and us, Dear Reader, don’t have to make a long analytical research to find awesome places which to visit while driving through Germany. Actually, in Germany it’s even enough to follow the road signs – choose the interesting sign and leave the highway for that town. I bet that 9/10 times you will be pleasantly surprised, as we were not once. Nevertheless, today’s story is about the city – the city of Erfurt – which we passed through for several times, but never made a stop there. Well, until several days ago, when we were driving back to Belgium after winter holidays.

Our decision to visit Erfurt wasn’t made on the spot. It was influenced by Mrs. I (P.‘s mother), who visited this city back in 1980s. Back in the day Erfurt was a part of Eastern Germany and was probably one of the most Western points an ordinary student from Soviet Union could travel to. As Mrs. I remembers, though she and her friends were under a lot of restrictions, they always found a way to have a great time, and Erfurt remained as one of the nicest places she visited back in her days of being a student. ...... (follow the instructions below for accessing the rest of this article).
This article is featured in the app "GPSmyCity: Walks in 1K+ Cities" on iTunes App Store and Google Play. You can download the app to your mobile device to read the article offline and create a self-guided walking tour to visit the attractions featured in this article. The app turns your mobile device into a personal tour guide and it works offline, so no data plan is needed when traveling abroad.