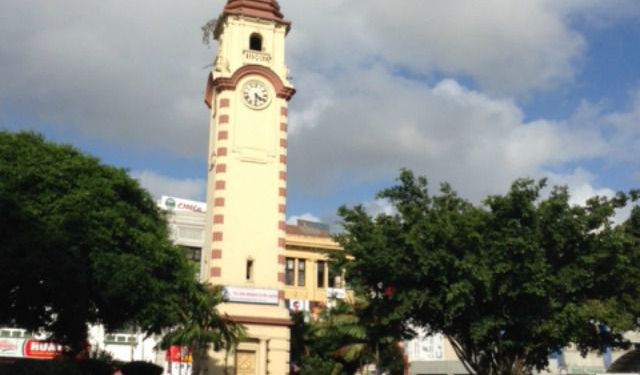 I have never been a fan of the crowds and traffic congestion in and around Pettah, Colombo, so have mostly avoided it, until and unless I have to go there for a specific purpose such as catching an inter-city train or bus.

So, if you are like me, someone who avoids congested routes but still interested in seeing some of the historical sites within Pettah and at its outer edges, I would recommend the following walking route on a weekend morning or late afternoon. Weekends are relatively quieter in Pettah than weekdays.

The clock tower was built by the Khan family of Bombay in 1923 for the people of Colombo. Walking around the clock tower, take the Main Street (which was known as the King’s Street during the Dutch colonial period). The Main Street is packed with shops selling clothing and can be a good bargain for those looking to buy sarees and kurta tops.

The Dutch museum used to be the Dutch Governor’s residence in the country. It does not have much in the way of artifacts to exhibit or stories about the lives of its former residents, though the building in itself is quite interesting. ...... (follow the instructions below for accessing the rest of this article).
This article is featured in the app "GPSmyCity: Walks in 1K+ Cities" on iTunes App Store and Google Play. You can download the app to your mobile device to read the article offline and create a self-guided walking tour to visit the attractions featured in this article. The app turns your mobile device into a personal tour guide and it works offline, so no data plan is needed when traveling abroad.