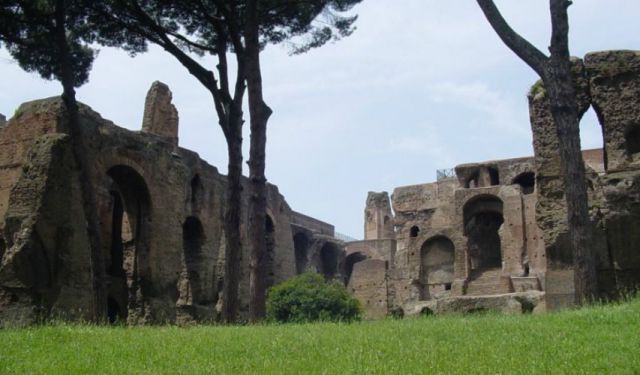 If you love archaeology and history, then a visit to Palatine Hill is a must if you’re ever in Rome. It’s just a short walk from the Roman Colosseum and the Roman Forum, and you can easily spend half a day here exploring the ruins of a bygone era.

Archaeological excavations show that people inhabited Palatine Hill as early as the 10th Century BC. It’s also considered to be the birthplace of the Italian capital. The story goes back to the myth of Romulus and Remus. Born of a vestal virgin and the god Mars, Palatine Hill was the location of the Lupercal cave, where the she-wolf Lupa found them and kept them alive.

Upper class citizens built their palaces here, not only for the prestige, but for the incredible views. In fact, the word palace comes from the proper name of Palatine Hill. ...... (follow the instructions below for accessing the rest of this article).
This article is featured in the app "GPSmyCity: Walks in 1K+ Cities" on iTunes App Store and Google Play. You can download the app to your mobile device to read the article offline and create a self-guided walking tour to visit the attractions featured in this article. The app turns your mobile device into a personal tour guide and it works offline, so no data plan is needed when traveling abroad.