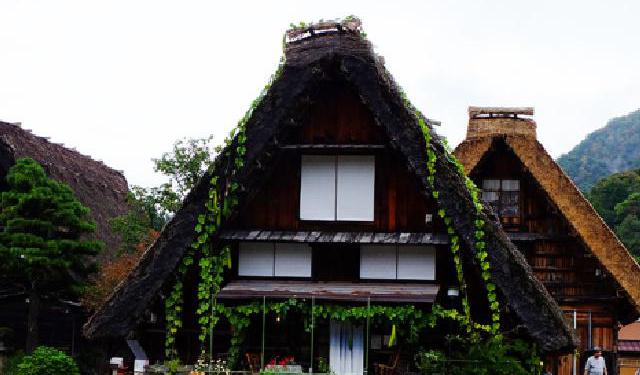 Bombarded by tons of marketing from many tour operators worldwide, Shirakawa-go has been one of the most visited villages in Japan. Yet Gokayama, the village next door, doesn’t really have that kind of exposure.

Moreover, the assumption that Gokayama is part of Shirakawa-go since both have a traditional house called gassho-zukuri and Shirakawa-go is easier to reach than Gokayama makes Gokayama is even less-known. Let me tell you what, they are just terribly wrong!

Gokayama, literally meaning 5 mountains, is situated in the southwest of Toyama Prefecture in Nanto city. The use of the name Gokayama has begun since 1513 to generalize a group of villages spreading in 5 different areas.

From 5 mountains that consist of 40 villages, Ainokura and Suganuma village are the most beautiful ones, that have been listed on UNESCO Heritage Site since 1995 together with Ogimachi village in Shirakawa-go.

To Gokayama, you can either start your journey from Takayama City, Toyama City or Kanazawa. In my experience, the closest way to get there is to take a bus from Takayama Station in Takayama City. Please note that the only public transportation to Gokayama is a bus. No bullet trains, no trams. You can rent a car, too, if you like. ...... (follow the instructions below for accessing the rest of this article).
This article is featured in the app "GPSmyCity: Walks in 1K+ Cities" on iTunes App Store and Google Play. You can download the app to your mobile device to read the article offline and create a self-guided walking tour to visit the attractions featured in this article. The app turns your mobile device into a personal tour guide and it works offline, so no data plan is needed when traveling abroad.