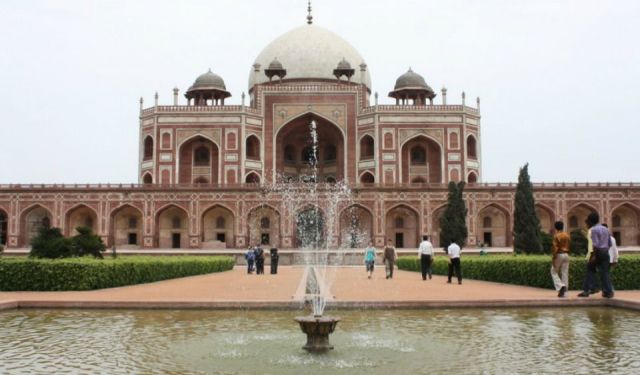 Guide to Delhi: Sightseeing, Shopping and Accommodation, Delhi, India (B)

Most international tourists who visit Delhi for the first time spend only a day in the capital city, after which they quickly move on to Agra in the south to see the renowned Taj Mahal, and to Jaipur in the west, a city in the Rajasthan desert. This tour is called the Golden Triangle Tour and is typically conducted over a period of six days, sometimes four days. As a result, regular tourists don’t get the opportunity to experience Delhi. Instead, what they usually see is a quick drive past Rashtrapati Bhawan, the President’s home; a thirty-minute photo op at the war memorial India Gate and a stopover at Raj Ghat, a memorial dedicated to Mahatma Gandhi; a drive past Old Delhi and an hour visit at the Red Fort.

Those sights are covered as much as possible in the morning, following which there would be a lunch break, perhaps a tour of the Lotus Temple post-lunch or onward travels to Agra.

Some tourists may spend more time exploring Old Delhi – a chaotic maze of tiny lanes and crumbling havelis with Jama Masjid looms large in the background – but still, Delhi is so much more than the old quarter. ...... (follow the instructions below for accessing the rest of this article).
This article is featured in the app "GPSmyCity: Walks in 1K+ Cities" on iTunes App Store and Google Play. You can download the app to your mobile device to read the article offline and create a self-guided walking tour to visit the attractions featured in this article. The app turns your mobile device into a personal tour guide and it works offline, so no data plan is needed when traveling abroad.