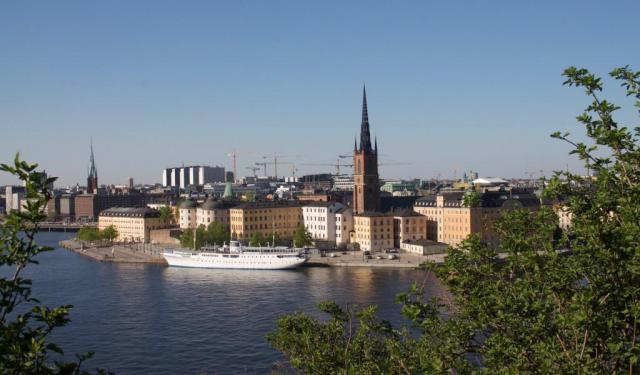 Guide to Sodermalm, Stockholm, Sweden (B)

A former working-class neighbourhood, Södermalm was once the slums of Stockholm. For decades it was a place to avoid at all cost.

Fast forward to the beginning of the 21st-century and Södermalm isn’t just one of the most popular districts in Stockholm but in the world. Often compared to Williamsburg in New York and SoHo in London, Södermalm is home to a diverse, creative and impossibly hip population.

A small island in the centre of the city, this neighbourhood is where you’ll find some of the best shopping, hippest cafes and trendiest bars in Stockholm. A great neighbourhood day or night, tourists and locals alike flock to the area to enjoy its lively but laidback atmosphere and its long list of things to see and do.

The SoFo district is one of the most popular shopping areas in the city. Located on the southeastern side of Södermalm, this neighbourhood covers several blocks south of Folkungagatan (where it gets its trendy moniker) between Ringvägen, Erstagatan and Götgatan. ...... (follow the instructions below for accessing the rest of this article).
This article is featured in the app "GPSmyCity: Walks in 1K+ Cities" on iTunes App Store and Google Play. You can download the app to your mobile device to read the article offline and create a self-guided walking tour to visit the attractions featured in this article. The app turns your mobile device into a personal tour guide and it works offline, so no data plan is needed when traveling abroad.