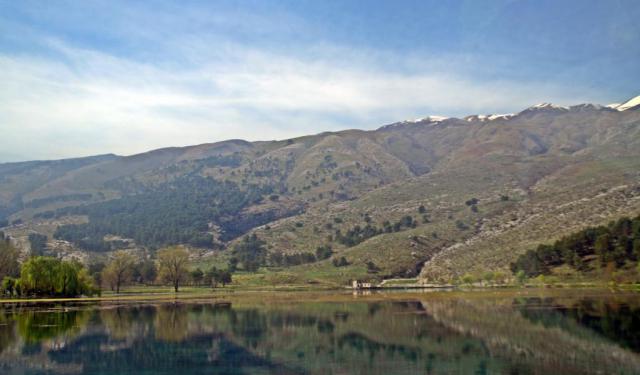 Hiking the Day Away in Berat, Berat, Albania (B)

It was almost 1.30 AM when we went to bed after a fun night in Saranda, and only then I thought of checking the timetable for the busses to Berat the next day… To my great annoyance, it only leaves twice a day from Saranda, at 8 AM and 2.30 PM. If I caught the later one, I would arrive in Berat just after sunset, as the bus ride takes about 5 hours, so I had to catch the early one. So that meant getting up extremely early, but thankfully, I got an early night in Berat and had a good – and long – nights sleep there!

The bus ride was the most expensive that I’d been on in Albania, costing me 1200 lei (9,5 USD), and it was also the longest going through the mountainous center of the country, so I was glad to do it in daylight, so I could enjoy the beautiful Albanian countryside as we went by.

I had originally planned on heading to Tirana in the evening after exploring Berat, but because the busses don’t run to Tirana after 4 PM and more so because of how tired I was, I decided to stay in Berat for the night and catch an early bus to Tirana the next morning instead. I chose to stay at Hostel Mangalem, located in the old neighbourhood of Mangalem, which cost me just 1400 lei (11 USD) including breakfast. ...... (follow the instructions below for accessing the rest of this article).
This article is featured in the app "GPSmyCity: Walks in 1K+ Cities" on iTunes App Store and Google Play. You can download the app to your mobile device to read the article offline and create a self-guided walking tour to visit the attractions featured in this article. The app turns your mobile device into a personal tour guide and it works offline, so no data plan is needed when traveling abroad.