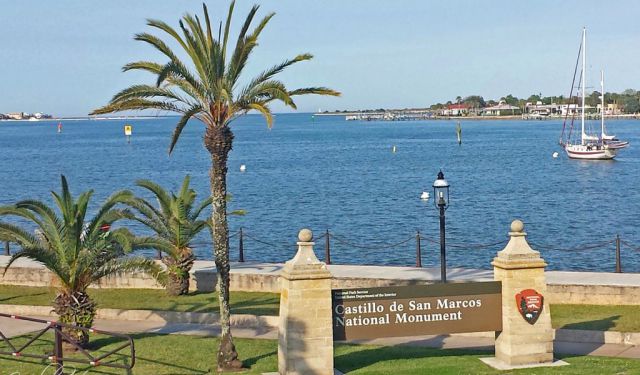 Did you know that Saint Augustine is the oldest, continuously occupied settlement in the United States? And probably one of my favorite day trips from Orlando, Florida. Just under two hours away, northeast of Orlando and we find white sand beaches, great history and old world charm. St. Augustine was discovered in 1513 by Spanish explorer Juan Ponce de Leon while he was on a quest for the mythical Fountain of Youth. But the city was only officially founded in September 8, 1565, by Spanish admiral and first state governor, Pedro Menendez de Aviles, which stills makes it decades older than both Plymouth, Massachusetts and Jamestown, Virginia. St. Augustine remained the capital of the Spanish Florida territory for over two centuries until 1824, when Tallahassee became the capital. Even though many buildings were destroyed during British rule, the architecture of the Colonial District in St. Augustine still houses many Spanish style edifices within its narrow cobblestone streets. Historic Forts, museums, distillery, beaches and the Fountain of Youth! What more could we ask for? ...... (follow the instructions below for accessing the rest of this article).
This article is featured in the app "GPSmyCity: Walks in 1K+ Cities" on iTunes App Store and Google Play. You can download the app to your mobile device to read the article offline and create a self-guided walking tour to visit the attractions featured in this article. The app turns your mobile device into a personal tour guide and it works offline, so no data plan is needed when traveling abroad.