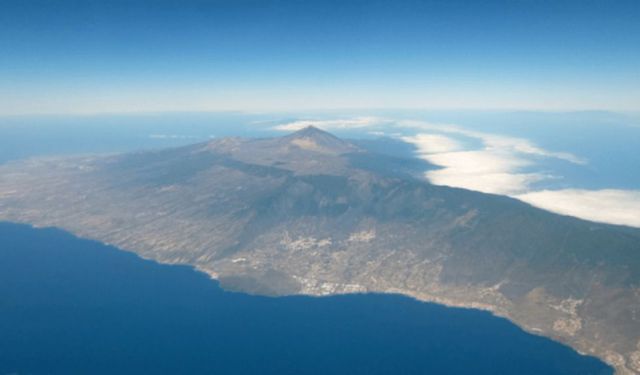 The Canaries are a chain of volcanic islands named as Lanzarote, Fuerteventura, Gran Canaria, La Gomera, La Palma, El Hierro and Tenerife. Tenerife is the largest of the seven Canary Islands, located in the Atlantic Ocean, west of North Africa. When you look from above or to a satellite view, what you notice is a volcanic peak on the southern side of the island. This precious sight belongs to Mountain Teide, which is the highest peak of Canaries and Spain.

Tenerife has shaped over a couple of eruptions, and the last one occurred at the beginning of 20th century. A formerly, Teide was in the 15th century, and Christopher Columbus reported in his travel journal about seeing a great fire coming from Orotava Valley when he was on his way to discover the new word in 1492.

Today, Tenerife is a popular holiday destination of Europe. Thanks to the volcanic movements, the island offers activities to its visitors ranging from hiking in the volcanic park, kitesurfing, windsurfing to scuba diving. Tenerife also has many volcanic beaches and a morning swimming should also be experienced when visiting Tenerife. ...... (follow the instructions below for accessing the rest of this article).
This article is featured in the app "GPSmyCity: Walks in 1K+ Cities" on iTunes App Store and Google Play. You can download this article for FREE and read it offline on your mobile device.