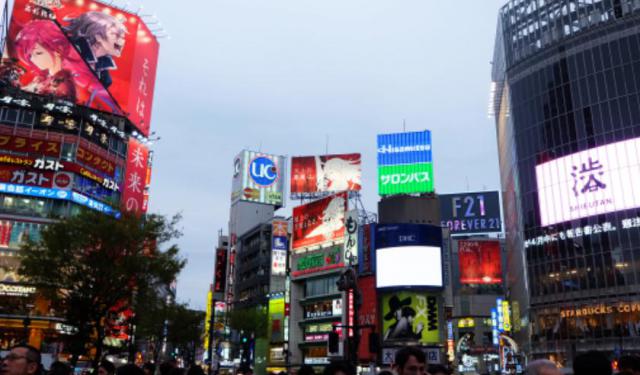 How to Spend an Evening in Shibuya beyond Shopping, Tokyo, Japan (B)

The early settlement in Shibuya began when Shibuya family built a castle in the area during the Edo Period in the 11th century. Its transformation from a wealthy family residential site to the busiest railway station was marked by the establishment of JR (Japan Railway) Yamanote Line, previously known as Shinagawa Line, in 1885. Nowadays, Shibuya Station consists of over 8 lines and to be honest, it is more than easy to get lost in between. Fear not, though. What you need to remember when you get off in Shibuya Station is to find the most notable exit of the station, which is exit no. 8 called Hachiko Exit, to reach the city center. My friend and I did that the whole time and it worked.

Known as one of the most hectic districts in Tokyo with skyscrapers and their flashing advertisement and video screens, Shibuya is a melting pot of shops, cafes, restaurants, bars and nightclubs. And don’t forget about the crowds too, it’s incredibly insane! Nonetheless, if you’re not so much into shopping, taking some booze and clubbing (I purposely exclude the “dining” thing because you may some fuel to explore the city although you’re not a foodie), what other things you can do in Shibuya? ...... (follow the instructions below for accessing the rest of this article).
This article is featured in the app "GPSmyCity: Walks in 1K+ Cities" on iTunes App Store and Google Play. You can download the app to your mobile device to read the article offline and create a self-guided walking tour to visit the attractions featured in this article. The app turns your mobile device into a personal tour guide and it works offline, so no data plan is needed when traveling abroad.

Create Your Own Self-Guided Walks in Tokyo
Guide Name: How to Spend an Evening in Shibuya beyond Shopping
Guide Location: Japan » Tokyo
Guide Type: Self-guided Walking Tour (Article (B))
Author: Nydia Susanto
Read it on Author's Website: https://galontrip.com/2018/10/30/how-to-spend-an-evening-in-shibuya-beyond-shopping/
Sight(s) Featured in This Guide: