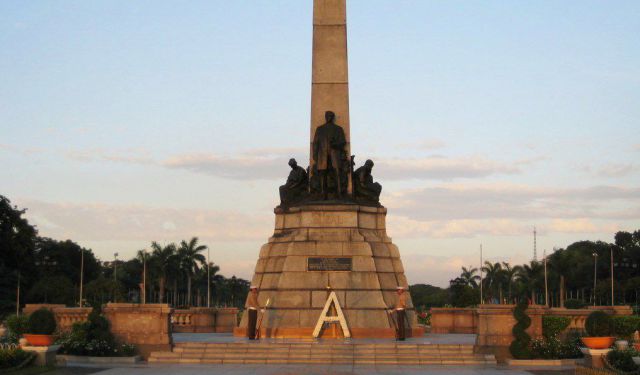 How to Spend Two Days in Manila, Manila, Philippines (B)

Most people spend a day or, two days at the most, in Manila before moving on to the provinces or islands. Some say there isn’t much to do in this city. On the contrary, there are a couple of things one can do and see in Manila, given the notorious traffic in the city. There are interesting sights to visit, and places to eat and shop within two days; enough to let you have a feel of what the capital city can offer to a regular tourist and without losing your sanity with the crawling traffic conditions

Rizal Park is an urban park situated by Manila Bay, along Roxas Boulevard. The park is one of the largest urban parks in Asia, and has historical significance in the Philippines history as it was the site where their national hero Jose Rizal was executed for spreading the flames of uprising and revolution against Spain in 1896.

A monument and a statue of Rizal were made in his honour, and his remains are also enshrined in the monument. Locals like to take a stroll in Rizal Park or have picnics on the green especially in the evenings. Some of the attractions in the park are the Chinese gardens, the fountain park, the National Museum. Many high-profile national events took place in Rizal Park, one of which was the concluding mass of the papal visit of Pope Francis in 2015 where more than 6 million people attended, making it the largest papal gathering in history. ...... (follow the instructions below for accessing the rest of this article).
This article is featured in the app "GPSmyCity: Walks in 1K+ Cities" on iTunes App Store and Google Play. You can download the app to your mobile device to read the article offline and create a self-guided walking tour to visit the attractions featured in this article. The app turns your mobile device into a personal tour guide and it works offline, so no data plan is needed when traveling abroad.