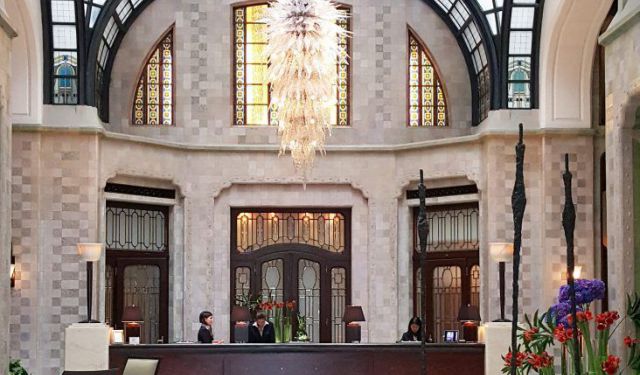 I Fell in Love with Budapest: Here's Why, Budapest, Hungary (B)

Since I was very young, I’ve been dreaming about old-world hospitality and glamorous hotels – and when I finally came to Budapest this Fall, that’s exactly what I found! If you, too, like traditions, genuine luxury and warm-hearted people, Budapest should be on top of your bucket list!

Breathtakingly beautiful Budapest. The historical capital, which was severely damaged through World War II, still stands as a proud symbol of a grand past, but also an exciting future. You could say that Budapest is a mix of Vienna and Paris, but then again not really, cause this city is entirely its own. Did you know that Budapest is home of Europe’s oldest subway? Or that their Zoo is one of the oldest in the world?

With grand hotels such as Boscolo, Kempinski, Four Seasons, Ritz-Carlton, Buddha-Bar and Corinthia, Budapest is a hub for luxury hospitality. During my stay, I had the pleasure of checking in to last-mentioned, Corinthia, which offers quite an intriguing history. First opened in 1896 as Grand Hotel Royal, this five star hotel has preserved a lot of its original charm and looks. The movie ‘Grand Budapest Hotel’ was heavily inspired by Corinthia Hotel Budapest – you’ll see how when stepping inside the impressive marble lobby. ...... (follow the instructions below for accessing the rest of this article).
This article is featured in the app "GPSmyCity: Walks in 1K+ Cities" on iTunes App Store and Google Play. You can download the app to your mobile device to read the article offline and create a self-guided walking tour to visit the attractions featured in this article. The app turns your mobile device into a personal tour guide and it works offline, so no data plan is needed when traveling abroad.