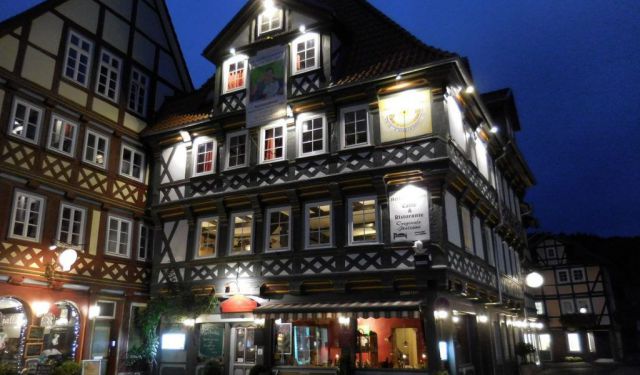 Kassel – The Gem of Northern Hesse, Kassel, Germany (B)

Kassel is one of the lesser known cities in Germany. How I ended up going there twice over a period of four years, I will describe in the next several paragraphs. The trip there can be combined with one-day visits of a couple of other places in its vicinity or even going to Frankfurt am Main which is in the same region – Hesse.

Nestled in the northern part of the Hesse (Hessen in German) federal state, Kassel embraces the Fulda River which gently washes its shores and seeps into the much more known Main River. The city name derives from the ancient Castellum Cattorum – a Germanic tribe that had lived in the region since Roman times.

Kassel’s population is around 200,000 people, spread over a huge territory which gives you a sense of freedom and space. Kassel is dotted with many parks, including Bergpark Wilhelmshöhe (or Wilhelmshöhe Mountainpark; Wilhelmshöhe would literally translate as Wilhelm’s height).

The park’s 590 acres (2.4 km2) make it the biggest hillside park in Europe and the second biggest park on a mountain slope in the world. Construction of the mountain park commenced at the end of the 17th century following the Landgraves of Hesse-Kassel’s behest and took around 150 years to complete. ...... (follow the instructions below for accessing the rest of this article).
This article is featured in the app "GPSmyCity: Walks in 1K+ Cities" on iTunes App Store and Google Play. You can download the app to your mobile device to read the article offline and create a self-guided walking tour to visit the attractions featured in this article. The app turns your mobile device into a personal tour guide and it works offline, so no data plan is needed when traveling abroad.