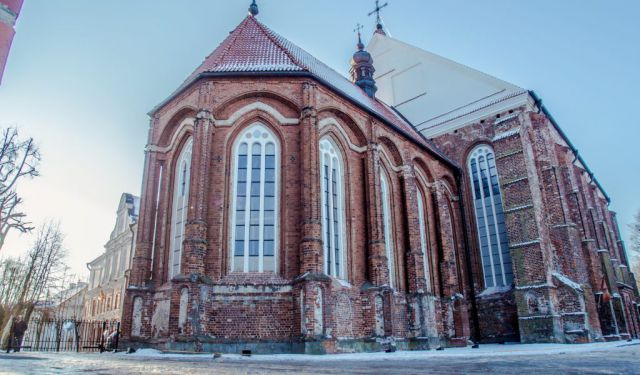 Kaunas – The Best City in the World, Kaunas, Lithuania (B)

I could go on and on about the amazing places and beautiful destinations that world is full of. Nevertheless, in the blink of an eye I would answer which place is the best in the world for me. It’s Kaunas, our beautiful hometown and the heart of Lithuania.

Kaunas is the second biggest city in Lithuania, located at the confluence of two major country’s rivers – Nemunas and Neris. Funny, but that’s all I can say. It seems that it should be super easy to define several of the most important things about my hometown. But it’s not! I have so much to say about my city that I don’t even know where to start. But I will try.

Let’s see. First of all, during interwar period Kaunas was the capital of Lithuania and one of the most prosperous cities in Eastern and Central Europe. During that time a lot of Interwar Modernism objects were built, and this is why Kaunas is one of the best examples of that type of architecture in Europe. Want proof? This lead for our hometown to become the first city in Eastern and Middle Europe to get into the UNESCO Creative Cities Network, and now Kaunas’ architecture is on its way to become a part of UNESCO’s Tentative List.  ...... (follow the instructions below for accessing the rest of this article).
This article is featured in the app "GPSmyCity: Walks in 1K+ Cities" on iTunes App Store and Google Play. You can download the app to your mobile device to read the article offline and create a self-guided walking tour to visit the attractions featured in this article. The app turns your mobile device into a personal tour guide and it works offline, so no data plan is needed when traveling abroad.