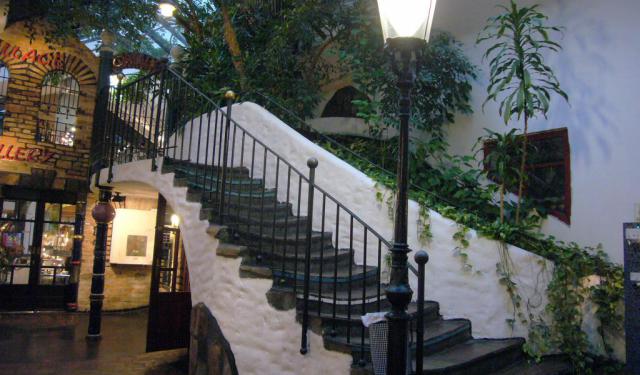 Kegelgasse: Where Hundertwasser's Modern Art Lives On, Vienna, Austria (B)

Vienna should thank its past rulers, musicians, painters, architects who have made the city rich in history, culture, and art. Schonbrunn Palace marks the glory of Habsburg Kingdom and the birthplace of Marie Antoinette. St. Stephen’s Church or Stephansdom is a prominent Gothic church in Austria. Mozarthaus is the apartment where Mozart wrote many of his masterpiece compositions.

The story behind those beautiful places fascinates millions of tourist worldwide that popularizes the Austria’s capital.

Nonetheless, the classics are not the only things to embrace in Vienna. At Kegelgasse, it treasures modern art in the form of unconventional architecture works by Friedensreich Hundertwasser: Hundertwasserhaus and Hundertwasser Village.

Hundertwasser (1928-2000) was an Austrian artist who at first gained popularity from his paintings. However, his architecture works he started in the early 50’s actually made him more well-known and become one of the most prominent artists in the 20th century, performed in particular way as seen on his paintings, using vibrant colours, rejection of straight lines and nature-oriented style. ...... (follow the instructions below for accessing the rest of this article).
This article is featured in the app "GPSmyCity: Walks in 1K+ Cities" on iTunes App Store and Google Play. You can download the app to your mobile device to read the article offline and create a self-guided walking tour to visit the attractions featured in this article. The app turns your mobile device into a personal tour guide and it works offline, so no data plan is needed when traveling abroad.