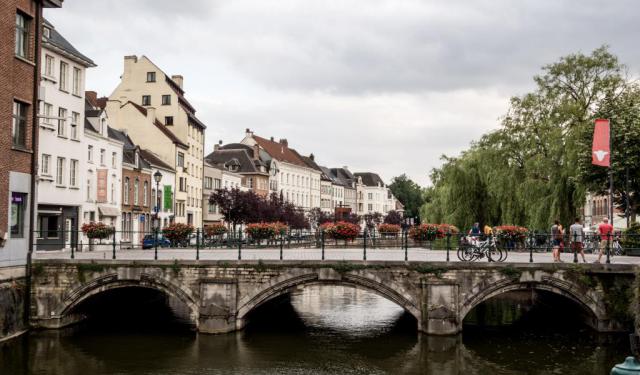 Lier: The Most Underrated City in Belgium, Lier, Belgium (B)

Try entering Belgium cities in Google. Lier is only a 33rd option in the list of Belgian cities. It took us nine months and visiting most of the cities ranked above until we heard about this city. Actually, it was P. who caught a glimpse of an image of an interesting tower clock in the Image Search. Finally, after some convincing, L. agreed to visit this place that we never knew existed. Once we did that – we were more than pleased with our decision!

If we quickly look into Liers’ history, it is also not one to ignore. In 1496 it was a scene of a significant marriage in European history. Right here Philip the Handsome married Joanna of Castile. Later their son Charles V, though born in Ghent, ruled over the combined Austrian & Spanish empires. ...... (follow the instructions below for accessing the rest of this article).
This article is featured in the app "GPSmyCity: Walks in 1K+ Cities" on iTunes App Store and Google Play. You can download the app to your mobile device to read the article offline and create a self-guided walking tour to visit the attractions featured in this article. The app turns your mobile device into a personal tour guide and it works offline, so no data plan is needed when traveling abroad.