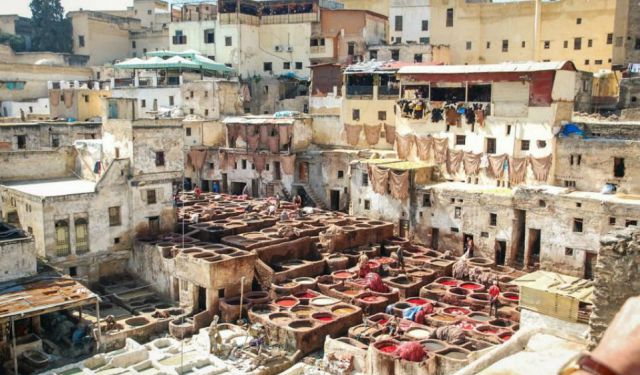 Lose Yourself in Fez Morocco, Fes, Morocco (B)

Fez Morocco, the oldest of Morocco’s imperial cities is a fascinating collection of urban centres built across the ages.

Fez may have played second fiddle to the more touristy Marrakesh, but thanks to a growing appreciation of its authenticity, Fez is rising in popularity. For a truly authentic experience, Fez is a place like no other.

Fez is famous for its ancient walled city Fez el Bali, the best-preserved medina in the Arab world and home to the world’s oldest university. A city many compare to the old walled city of Jerusalem. Covering an area of approx 2.8 square km, with an estimated 9500 streets, it is one of the world’s most significant car-free urban areas. Unlike many other old cities around the world, where locals have either been pushed out by tourism or moved to more modern urban developments, there is still a population of over 156,000 still living in the Fez Medina. ...... (follow the instructions below for accessing the rest of this article).
This article is featured in the app "GPSmyCity: Walks in 1K+ Cities" on iTunes App Store and Google Play. You can download the app to your mobile device to read the article offline and create a self-guided walking tour to visit the attractions featured in this article. The app turns your mobile device into a personal tour guide and it works offline, so no data plan is needed when traveling abroad.