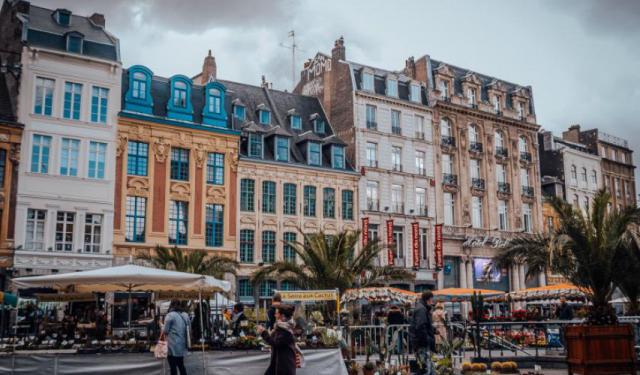 Lille is known for many things, and yet Lonely Planet still named it as probably the most underrated major city in France. Why? Well, this got to mean that there is so much unspoken about the charm, wealth and beauty of the capital of Hauts-de-France region. And, since it was under our noses from the moment we moved to Belgium, this one warm, but cloudy Wednesday afternoon we decided to go and take a look at the biggest French city around!

For long years Lille was haunted by its grey and industrial past, until 2004 came and city has reborn like a phoenix from the ashes. Well, maybe I exaggerated a bit.. But the thing is that the medieval heart of the city was built, cherished and nourished in the glorious days of culture and prosperity. However, almost all of the things around it was the result of grey and smokey Industrial Revolution. To illustrate this, there are only about 220 thousands of residents living in the city of Lille. And more than million in its metropolitan area! ...... (follow the instructions below for accessing the rest of this article).
This article is featured in the app "GPSmyCity: Walks in 1K+ Cities" on iTunes App Store and Google Play. You can download the app to your mobile device to read the article offline and create a self-guided walking tour to visit the attractions featured in this article. The app turns your mobile device into a personal tour guide and it works offline, so no data plan is needed when traveling abroad.