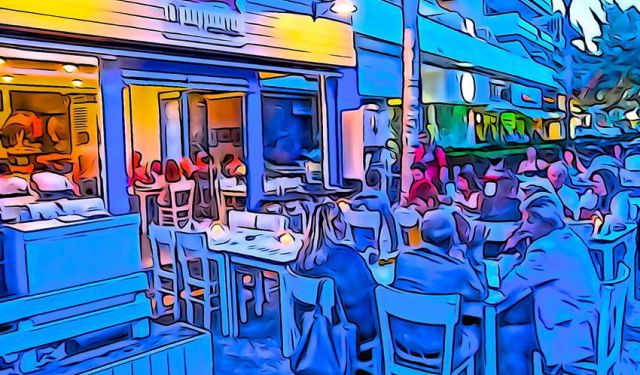 After eating at and writing about Athens restaurants for the last twenty years my Athens Restaurant page has become quite cumbersome. I kept adding restaurants and keeping the ones I already had and it was becoming difficult for people who only had a few days in Athens to make a choice of where to eat. So I decided to do my top-10 restaurants in Athens to make it easier for people. I ended up with a dozen actually. I can't tell you for certain that these are the best restaurants in Athens. My preference is traditional and simple. There may be some amazing neo-Greek or Greek/Asian Fusion that rival restaurants in New York or San Francisco. But that is not my style.

I prefer casual, good food, large servings, Greek atmosphere with hopefully Greek rembetika or laika music playing, and waiters who have worked there for years and know your name and an owner who cooks and loves his job. These are the restaurants that when I am in Athens I will try to go to, mostly because I have been craving them since the last time I was in Athens. I left off the seafood restaurants in places like Anavissos, Rafina and Lavrion and listed the ones in central Athens or easily reached from there by tram, metro, bus or taxi like the ones in Glyfada. But you can find the others in the seafood section of my Athens Restaurant Guide along with a few dozen other restaurants that could have just as easily made my top 12. ...... (follow the instructions below for accessing the rest of this article).
This article is featured in the app "GPSmyCity: Walks in 1K+ Cities" on iTunes App Store and Google Play. You can download the app to your mobile device to read the article offline and create a self-guided walking tour to visit the attractions featured in this article. The app turns your mobile device into a personal tour guide and it works offline, so no data plan is needed when traveling abroad.