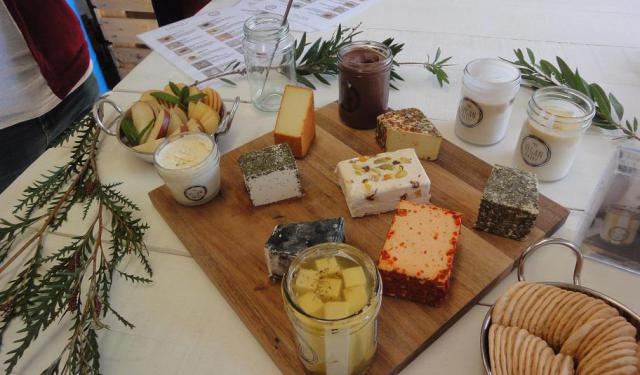 Do you have an insatiable appetite for cheese? Between 2018 and 2019, about 380,000 tonnes of dairy cheese was produced in Australia and the demand for non-cheddar varieties from non-vegans has risen by 30% compared to 30 years ago. Australian dairy cheese is also in high demand overseas, with exports being flown to over 50 countries. That’s a saddening amount of fromage but tastes are shifting to vegan choices.

As of mid-2019, one in six Australians were turning their backs to dairy and choosing dairy-free options instead. Why? I’m assuming that many want healthier options, they may want to feel better and they may want their planet to be in tip-top shape. So, loads of Aussies are now in pursuit of non-dairy options including cheese.

Basically, vegan cheese is not made from dairy, and does not contain casein (coagulated milk proteins), curd, whey, rennet (a calf’s stomach enzyme) or features beeswax rind. Vegan cheeses are made from plant-based ingredients such as coconut, rice, soy, nuts and seeds, nut milks, plant-based yeasts and – sometimes – root vegetables. Melbourne’s vegan scene is booming and the city is bursting with vegan cheese options. Can’t live without your cheese, but you want to live without dairy? Then check out Melbourne’s top three vegan cheese makers. ...... (follow the instructions below for accessing the rest of this article).
This article is featured in the app "GPSmyCity: Walks in 1K+ Cities" on iTunes App Store and Google Play. You can download this article for FREE and read it offline on your mobile device.