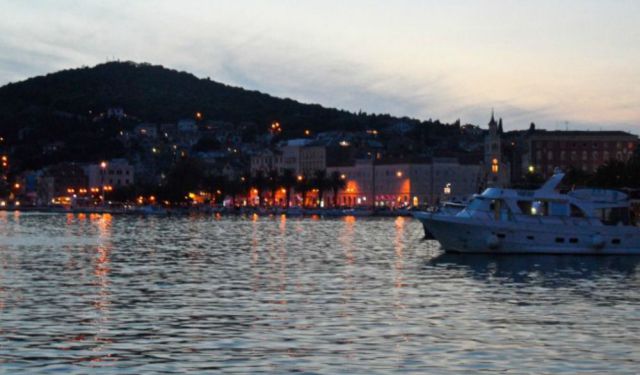 Must-See Places in Split: My Top 5, Split, Croatia (B)

Last week I visited Croatia for the very first time and the country left me with overwhelming impressions and memories, which I will most certainly never forget. First stop was Split – an ancient town located in the North-western part of the country. Split might not be as well-known as Dubrovnik, but there’s several reasons to pay this Croatian gem a visit! Here’s my top 5 must-see places.

The first one is also the most obvious one, as Diocletian’s Palace literally represents the old part of the city. In other words; you can’t miss it – and you shouldn’t! Diocletian’s Palace is 1.700 years old and contains a tempestuous and deeply fascinating history, which definitely equals to many of the ancient parts of Rome. And speaking of Rome – it was the Roman emperor Diocletian, who built the palace in preparation for this retirement in 305 AD. Back then the palace was massive and it still is today – even though some parts of it has disappeared.

Diocletian’s Palace is definitely an important part of our understanding of the Roman Empire and it’s surprisingly well-kept! Today, you’ll find shops, restaurants and even some private homes within the walls – yes, people still live in the ruins nearly 1.700 years after the palace was built! ...... (follow the instructions below for accessing the rest of this article).
This article is featured in the app "GPSmyCity: Walks in 1K+ Cities" on iTunes App Store and Google Play. You can download the app to your mobile device to read the article offline and create a self-guided walking tour to visit the attractions featured in this article. The app turns your mobile device into a personal tour guide and it works offline, so no data plan is needed when traveling abroad.