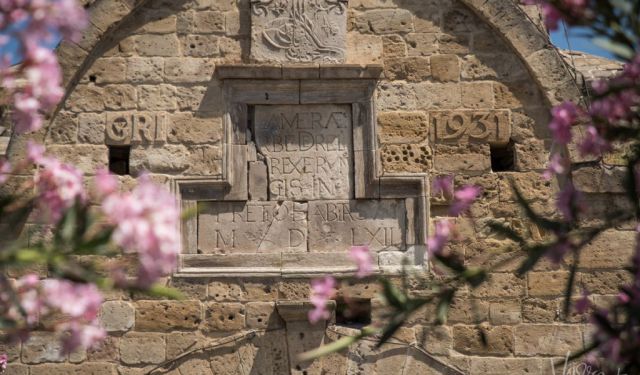 Nicosia, a Tale of Two Cities. Crossing the Border in Cyprus, Nicosia, Cyprus (B)

There is something evocatively appealing about experiencing two intrinsically different cultures with such ease as is the case on the Cyprus border. Cyprus is so much more than a lazy beach destination.

Visiting the capital may not be on the top of the “To Do” list for many of the island’s visitors. However, those who do peel themselves off the sun lounge will be rewarded with a fascinating city in the midst of a renaissance.

Cyprus has a rich, multilayered history and culture. Nowhere is this more apparent than the capital Nicosia.

In Nicosia, Greek and Turkish societies share a walled city divided by the infamous Green Line. There have been many divided places throughout history but Nicosia remains the only divided capital in the world.

Established after the Turkish invasion of Cyprus in 1974, the Green Line, a no man’s land, dividing north and south, cuts a line through the historic centre. An old city enclosed by walls erected by the Venetians in the 16th century. ...... (follow the instructions below for accessing the rest of this article).
This article is featured in the app "GPSmyCity: Walks in 1K+ Cities" on iTunes App Store and Google Play. You can download the app to your mobile device to read the article offline and create a self-guided walking tour to visit the attractions featured in this article. The app turns your mobile device into a personal tour guide and it works offline, so no data plan is needed when traveling abroad.