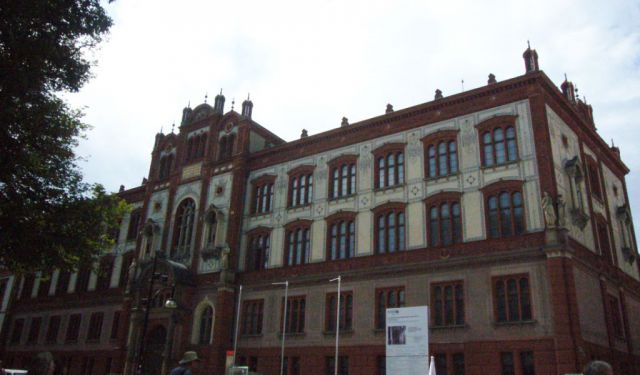 Pier 7 in Warnemünde has become one of the docking stations in Germany for a number of major international cruise ships having a Baltic Cruise Trip, including the ship we took, Princess Cruise. Spending only 8 hours in Warnemünde, my family and I found out that the best deal was to explore 2 places on the same day, which were Warnemünde itself and Rostock. Since they are not big cities, it was doable to do so.

In fact, Warnemünde station has a direct train to Rostock that only takes 20 minutes journey, situated 5 minutes walking distance from Pier 7. Therefore, I didn’t see the point of visiting Berlin, the closest big city from Warnemünde, although it’s a wonderful destination. The 6 hour journey round trip to Berlin was the main reason why it was not a wise choice. Remember, we only had 8 hours in total!

As mentioned in the previous post, we came to a conclusion that it would be better to visit Rostock in the first place as soon as we arrived in Warnemünde and explored Warnemünde later on after returning from Rostock. ...... (follow the instructions below for accessing the rest of this article).
This article is featured in the app "GPSmyCity: Walks in 1K+ Cities" on iTunes App Store and Google Play. You can download the app to your mobile device to read the article offline and create a self-guided walking tour to visit the attractions featured in this article. The app turns your mobile device into a personal tour guide and it works offline, so no data plan is needed when traveling abroad.