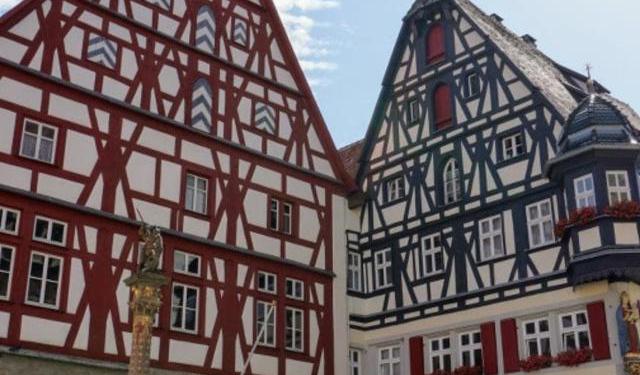 The complete name is ‘Rothenburg ob der Tauber’. This is the medieval town with red-roofed houses looking over the river Tauber. Hence the name. Here is a guide to how to spend One day with family in Rothenburg, Germany.

The city was founded in 970 whereas the fortress was built later in 1080. It was almost the mid-1200s when the city got its fortified boundaries, marketplace and town church. In the period of kind Rudolph, the city became an imperial town with its autonomous recognition.

Later, due to wars and various epidemics, the town lost its political significance in the 16th century. But it still retained its imperial credentials.

After about 45% demolition in world war II, today the city is rebuilt and represents a beautiful medieval town.

The old town itself is very beautiful. One can simply wander through lanes and admire the architecture, medieval time shop signs and local lifestyle. There are parks, museums, forts, churches and water mills which are worth visiting. ...... (follow the instructions below for accessing the rest of this article).
This article is featured in the app "GPSmyCity: Walks in 1K+ Cities" on iTunes App Store and Google Play. You can download the app to your mobile device to read the article offline and create a self-guided walking tour to visit the attractions featured in this article. The app turns your mobile device into a personal tour guide and it works offline, so no data plan is needed when traveling abroad.