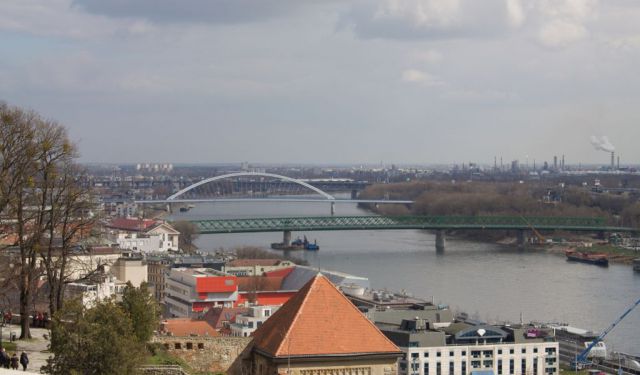 Stop #3 on our epic seven-day, four country Central EuroTrip was Bratislava (Missed stops #1 and #2? You can read all about them here: Prague and Vienna).

Bratislava wasn’t on my travel bucket list until we started planning this trip and saw how close it was to Vienna. From talking to family and friends who questioned our inclusion of Bratislava on the list, I knew I wasn’t alone.

But, at just over 60km (an hour on the bus) from Vienna, it seems almost stupid not to go. So, we added it to the itinerary, booked our Flixbus tickets and were off.

Bratislava is the capital and largest city in Slovakia. It is home to more than 650,000 people, and it is nothing like the Bratislava that was depicted in the movie EuroTrip (let’s just get that out of the way now). Located in southwestern Slovakia, Bratislava lies on the banks of both the River Danube and the River Morava. It also borders both Austria and Hungary, making it the only nation capital to border two independent nations. ...... (follow the instructions below for accessing the rest of this article).
This article is featured in the app "GPSmyCity: Walks in 1K+ Cities" on iTunes App Store and Google Play. You can download the app to your mobile device to read the article offline and create a self-guided walking tour to visit the attractions featured in this article. The app turns your mobile device into a personal tour guide and it works offline, so no data plan is needed when traveling abroad.