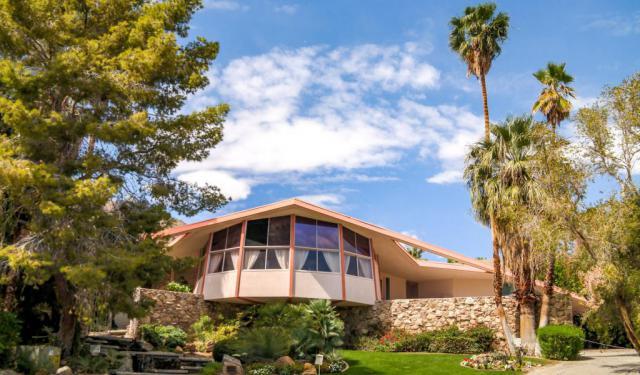 Palm Springs, an easy two hour drive from Los Angeles, happened to be one of the few well known Southern California cities our family had yet to explore, which made it the perfect choice for a quick getaway! The desert climate, landscape and architecture are all quite different from what we’re used to over on the coast, which really added to the feeling of being far from home, even if we really weren’t. We spent three relaxing days and two nights exploring and photographing the city and surrounding Coachella Valley.

An architecture lover’s heaven, Palm Springs is famous for its distinctive Desert Modern architecture, and I found myself focusing the camera on many of the city’s unique architectural details.

Another notable architectural style found in the area is Googie. Confesion, I’d never heard the term Googie before my teenage son mentioned it, which is somewhat embarrassing since I’m married to an architect. Though I’d never heard the term, its unique style wasn’t new to me. Influenced by car culture, jets and the atomic age, Googie later became part of the more commonly known mid-century modern style. ...... (follow the instructions below for accessing the rest of this article).
This article is featured in the app "GPSmyCity: Walks in 1K+ Cities" on iTunes App Store and Google Play. You can download the app to your mobile device to read the article offline and create a self-guided walking tour to visit the attractions featured in this article. The app turns your mobile device into a personal tour guide and it works offline, so no data plan is needed when traveling abroad.