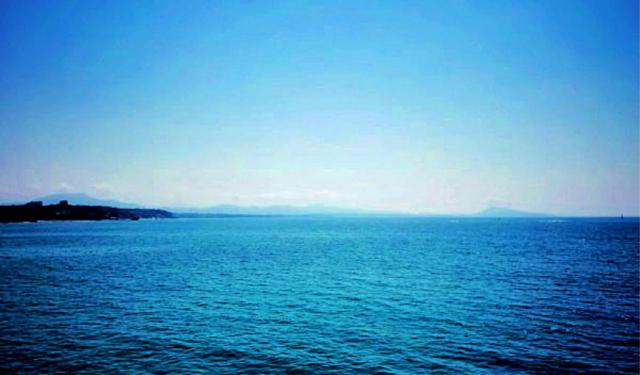 Biarritz is a beautiful seaside city on the Bay of Biscay. At once elegant and cool, it has got accessible waves, ample nightlife, and a cafe culture rich with Basque tapa offerings. A prime summer destination for more than 100 years, it boasts ample shopping, sand beaches, and casinos. Most notably, Biarritz carries the torch as the birthplace of surfing in France and has a cool surfer vibe to go with it.

In 1957, the American film director Peter Viertel was in Biarritz with his wife Deborah Kerr working on the film The Sun Also Rises. One of his Californian friends came for a visit, and his use of a surfboard off Biarritz is recognized as the first time surfing was practiced in Europe. Biarritz eventually became one of the most popular European surfing spots.

Part of La Nouvelle-Aquitaine, Biarritz is in the southwesternmost part of France set along the Atlantic Ocean and the Pyrénées mountain range bordering Spain.

We strolled along the beautiful Plage de la Cote des Basques, lined with bars tucked into a mountainous dune and mini surf schools set-up beneath small canopy tents. Bronzed folk arrive by motorcycle or skateboard and set-out to ride the waves, which are several steps below as the embarcadero is set upon a sort of seawall. With the afternoon comes the tide and the sandy beach along with the steps down from the paved walkway wash below the sea. ...... (follow the instructions below for accessing the rest of this article).
This article is featured in the app "GPSmyCity: Walks in 1K+ Cities" on iTunes App Store and Google Play. You can download the app to your mobile device to read the article offline and create a self-guided walking tour to visit the attractions featured in this article. The app turns your mobile device into a personal tour guide and it works offline, so no data plan is needed when traveling abroad.