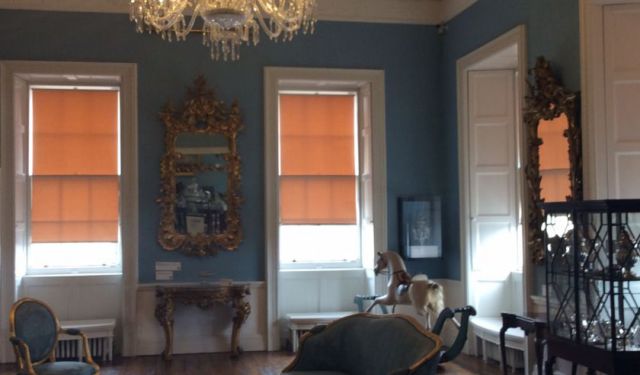 Ireland’s oldest city, Waterford, is often overlooked in the mad rush west to the Wild Atlantic Way. Yet, although the economic slump of 2008 hit hard and the subsequent recovery has been anemic, this is a place of history and culture that definitely deserves a detour. Whereas Dublin may be hip and happening, Waterford has its own brand of down to earth charm. Notwithstanding the occasional drop of rain that falls even in ‘Ireland’s sunny South East’, you will find plenty of interest here.

Any trip to Waterford should start at the cornerstone of Waterford’s Viking Triangle, Reginald’s Tower, Ireland’s oldest building and witness to some key moments in the nation’s history.

Located in a strategic position with its own natural harbour and surrounded by hills, Waterford was founded by the Vikings and it was here that they established Ireland’s first town. They constructed a tower at this point in 914 and the structure that survives today was later rebuilt by the Normans in the 12th Century. Imbued with history (this is the place where the Norman Strongbow’s marriage with local lass, Aoife McMurrough, sparked an interesting and sometimes complex eight century relationship with neighbouring England), you will find dioramas of the old city as well as informative panels explaining the history of the building and the surrounding city. ...... (follow the instructions below for accessing the rest of this article).
This article is featured in the app "GPSmyCity: Walks in 1K+ Cities" on iTunes App Store and Google Play. You can download the app to your mobile device to read the article offline and create a self-guided walking tour to visit the attractions featured in this article. The app turns your mobile device into a personal tour guide and it works offline, so no data plan is needed when traveling abroad.