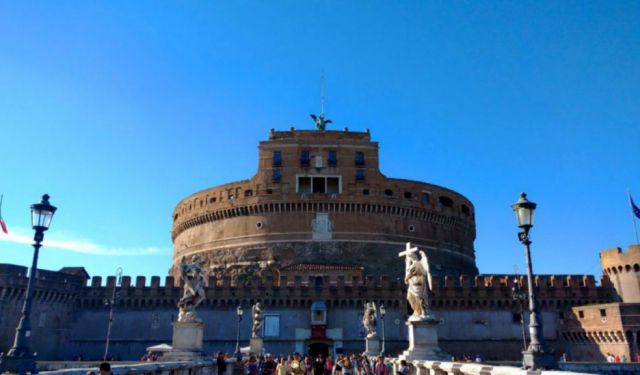 For more than two and a half thousand years people have occupied a site in central Italy known as Rome. A few things have happened there; the Roman Empire, the Renaissance, you know, nothing that important. A major centre of literacy and art; Rome has been credited as the birthplace of Baroque and Neoclassicism, as well as one of the pillars of a little known movement called western civilisation.

Now the 14th most visited city in the world, Rome is easily the most popular destination in Italy, with seven to ten million visitors a year to its UNESCO listed city centre. Archaeological sites and wonders from centuries of innovation are apparent all through the city, making it a wonderful place to wander and dream of another time. We were there for four nights to dig through the brochures and hawkers, to search for excitement in an ancient city that has become blasé to tourism.

We arrived via the Amalfi Coast (see Amalfi Coast blog) and Naples using bus and train services between cities. From San Lazzaro (Amalfi Coast) we caught a one hour bus for €1.80 each to Castellammare Di Stabia, where we got a €2.60 train to Naples (45 mins). From Naples we paid €9 each for a ride to Rome on a bus with Flixbus, which took 2h 45mins. Total journey from Amalfi Coast cost €13.40 and took six hours including waiting time. From the Amalfi Coast this is the way to do it unless you are happy to pay for a train. ...... (follow the instructions below for accessing the rest of this article).
This article is featured in the app "GPSmyCity: Walks in 1K+ Cities" on iTunes App Store and Google Play. You can download the app to your mobile device to read the article offline and create a self-guided walking tour to visit the attractions featured in this article. The app turns your mobile device into a personal tour guide and it works offline, so no data plan is needed when traveling abroad.