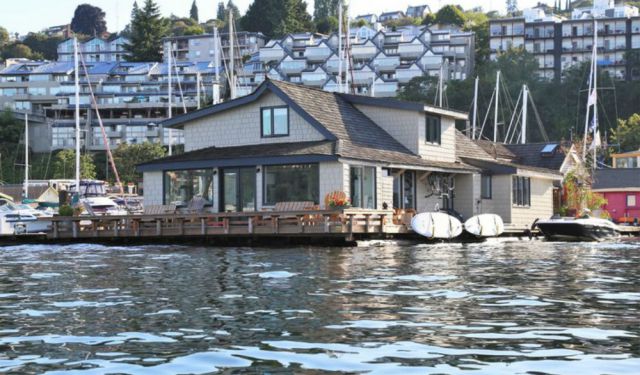 We are always a little bitter when we excitedly sit down to watch a new show or movie set in Seattle and we see Vancouver, BC buildings and public transport show up in the scenes. It is decidedly cheaper to film in Canada, so most production companies take the discount thinking Seattle and Vancouver are basically interchangeable. Throw in a shot of the Space Needle and you're good, right?

So, let's pay homage to the films and TV shows that spent the cash and used real Seattle locations to film. Let's take a little tour around Seattle to find all the spots in various movies and shows.

We are letting them on this list, but just barely. 99.9% of Fraser was filmed on a set in L.A but for one special episode they came and shot in Seattle. They make it on the list because they hit up all the big hitters in 20 minutes, which is pretty amazing. In Season 5, Episode 5, you can see The Space Needle, the Monorail, and Pike Place Market including Pike Place Fish and Don and Joe's Meats. ...... (follow the instructions below for accessing the rest of this article).
This article is featured in the app "GPSmyCity: Walks in 1K+ Cities" on iTunes App Store and Google Play. You can download the app to your mobile device to read the article offline and create a self-guided walking tour to visit the attractions featured in this article. The app turns your mobile device into a personal tour guide and it works offline, so no data plan is needed when traveling abroad.