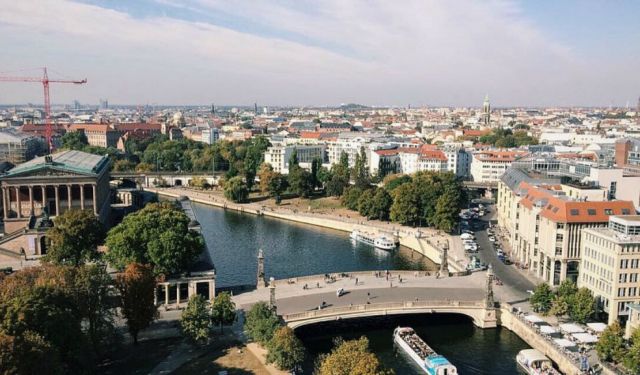 Berlin, Germany’s capital city, merges a rich history with a modern, artistic edge and has an endless amount of things to do. I never once felt bored during my stay here, far from it in fact. Here are seven places I went to in Berlin that you should definitely check out during your visit!

Alexanderplatz is a major square and and transportation hub in Berlin, as well as one of its most famous sights. If you’re in Berlin, you’ll probably end up at Alexanderplatz whether you planned to or not, since its a convenient central place for shopping and getting around. I was there every day during my time in Berlin, whether it was to exchange currency, shop for new clothes (the H&M there is amazing), transfer trains, or even grab one of those delicious German sausages. It may not seem like it, since Alexanderplatz appears very commercial now, but it is also a place that holds a lot of history. Alexanderplatz was actually a market during the Middle Ages and most of it was destroyed as a result of a bombing in World War 2. The square was rebuilt and Berlin’s famous TV-tower, Fernsehturm, was one of the results. ...... (follow the instructions below for accessing the rest of this article).
This article is featured in the app "GPSmyCity: Walks in 1K+ Cities" on iTunes App Store and Google Play. You can download the app to your mobile device to read the article offline and create a self-guided walking tour to visit the attractions featured in this article. The app turns your mobile device into a personal tour guide and it works offline, so no data plan is needed when traveling abroad.