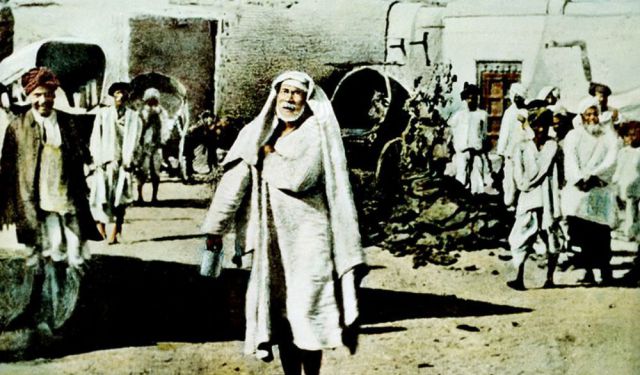 Shirdi Sai Baba and the Temple: Divinity All Around…, Shirdi, India (B)

“Sabka Maalik Ek (There is only one GOD who governs all)” is one of the most popular phrases I have come across right from my childhood and I personally believe in this saying. A lot many like me must have heard this somewhere or the other, but quite a few do not know from where this got originated ??? SHIRDI SAI BABA is the answer. It was He who pushed this idea, with an intent of taking everybody on a righteous path and to eliminate / curb any differences or discrimination.

Shirdi Sai Baba, also known as Sai Baba or Sai Nath or Shirdi wale Sai Baba, is a Godly entity who is revered by his Hindu, Muslim, Jain & Sikh followers alike as a Saint, Fakir, Yogi and Satguru. He is believed to be an incarnation of God, who preached teachings of Self Actualization, Faith, Charity, Compassion and Patience. It was in 1998 after my 10th Standard results, that I visited Shirdi Sai Baba for the first time. Thereafter, it’s been one visit every 3 years on an average till date.

It doesn’t really matter whether Sai Baba was of Hindu or Muslim religion. It is also not known when & where He was born. The legend has it that He once suddenly appeared, at the age of 16-17, in the temple in Shirdi. He never used to talk to anyone and was regularly seen sitting motionless under a Neem tree. Curious villagers of Shirdi began by offering food to Him but He never asked anyone for anything. While common people were curious on how a young boy can meditate in heat, rain or cold, some intellectuals of the village considered Him mad and even threw stones at Him. Post such instances, he again suddenly disappeared for about a year or so, before re-appearing in Khandoba Temple in Shirdi. The temple priest welcomed him by calling “Aao Sai (Come Sai)”. That’s how the name got derived. ...... (follow the instructions below for accessing the rest of this article).
This article is featured in the app "GPSmyCity: Walks in 1K+ Cities" on iTunes App Store and Google Play. You can download the app to your mobile device to read the article offline and create a self-guided walking tour to visit the attractions featured in this article. The app turns your mobile device into a personal tour guide and it works offline, so no data plan is needed when traveling abroad.