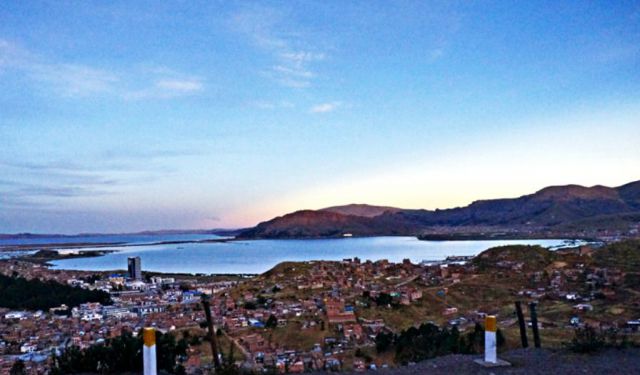 Should You Spend Time in Puno?, Puno, Peru (B)

Have you ever been somewhere where you took one look around and were like…uh, why did I want to come here? Well, that’s Puno. It’s the kind of place where you have to remind yourself of the reason for being there as well as work hard to see why it is worth checking out in its own right. Puno doesn’t have a whole lot that would interest the average traveller nor even one who likes to get off the “beaten track”. But what it does have is location.

Puno is in south-west (ish) Peru. It’s a port city that sits on the shores of Lake Titicaca, hemmed in by surrounding hills and mountains. It’s very much a hillside city; the centre is pretty flat but if you wander up the side streets, you’ll quickly be huffing and puffing. Especially since it has an altitude of 3800 meters. If you wanted another excuse not to wander around too much, this is it.

Not many people go to Puno for Puno. They go because it is the primary launching pad for any excursions out onto Lake Titicaca. There are also several interesting ruins nearby, including Sillustani’s funerary towers. Sometimes people also pass through here on their way to Bolivia, which lies on the other side of the lake. ...... (follow the instructions below for accessing the rest of this article).
This article is featured in the app "GPSmyCity: Walks in 1K+ Cities" on iTunes App Store and Google Play. You can download the app to your mobile device to read the article offline and create a self-guided walking tour to visit the attractions featured in this article. The app turns your mobile device into a personal tour guide and it works offline, so no data plan is needed when traveling abroad.