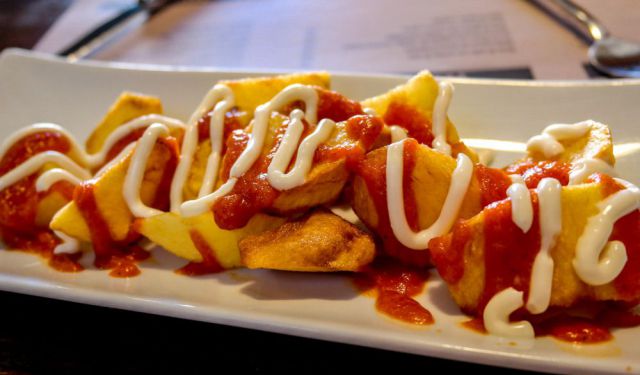 Once upon a time there was a place where Christians, Jews and Muslims all lived together in relative harmony… Known as the “City of Three Cultures” Toledo, a walled city located in central Spain, was once such a place. It was largely for this reason that it was declared a world heritage site in 1987. We spent three days exploring the narrow cobbled streets of this amazing medieval city and with over 2000 years of history there was no shortage of things to see.

Having learned my lesson about unpredictable visiting hours in other Spanish cities, I decided our first order of business would be to see the Cathedral. Whew! It’s a good thing we did, because after 6 pm on our first day the Cathedral was closed to tourists, the entirety of our visit, in observance of The Ascension of Mary.

Located in Ayuntamiento Plaza, according to our guide, The Cathedral of Saint Mary of Toledo is the second largest cathedral in Spain and the most important. The tower of the Cathedral is 301 feet tall and can be seen from almost anywhere in the city. The inside spaces are incredibly beautiful, and this is definitely not a case of “you’ve seen one you’ve seen them all.” Photos aren’t really allowed, but I did sneak a few, I just couldn’t help it! ...... (follow the instructions below for accessing the rest of this article).
This article is featured in the app "GPSmyCity: Walks in 1K+ Cities" on iTunes App Store and Google Play. You can download the app to your mobile device to read the article offline and create a self-guided walking tour to visit the attractions featured in this article. The app turns your mobile device into a personal tour guide and it works offline, so no data plan is needed when traveling abroad.