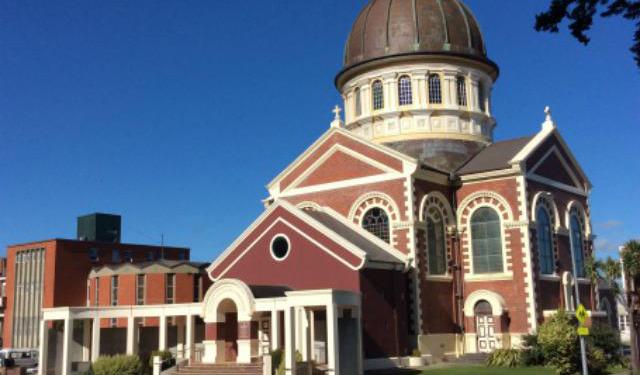 I unexpectedly had to spend around 6 hours in Invercargill during my April trip to New Zealand because the morning ferry service to Stewart island had got cancelled the day I visited the city. I had to wait for the evening ferry at 5pm and my connecting coach from Invercargill to Bluff would only pick me at 4pm, though I had requested them I would prefer to be dropped in Bluff that morning as I thought I would enjoy exploring the tiny seaport, while waiting for the ferry.

Given the unexpected time I was given in Invercargill, decided to take a walk around the city and I enjoyed the below six highlights of my walk. Starting from the I-site bus stop, where I had been dropped off by the coach from Te Anau, I made my way around the city.

The water tower had been built in the early 20th century by the council, even though the local community had not wanted the tower on the green belt of the city. To appease the community, the 300,000 litre steel tank was disguised with an outer brick tower. ...... (follow the instructions below for accessing the rest of this article).
This article is featured in the app "GPSmyCity: Walks in 1K+ Cities" on iTunes App Store and Google Play. You can download the app to your mobile device to read the article offline and create a self-guided walking tour to visit the attractions featured in this article. The app turns your mobile device into a personal tour guide and it works offline, so no data plan is needed when traveling abroad.