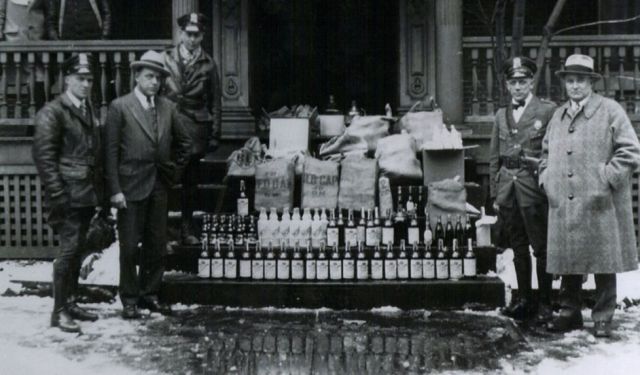 The 12 Speakeasies You Shall Not Miss in Manhattan, New York, New York (B)

Speakeasies were secret and hidden bars where the people in the knowledge were able to go to have a drink during the Prohibition years, which began in 1920 and ended in 1933. During that time, the manufacture, sale, and even transportation of alcoholic beverages was declared illegal throughout the United States.

By the end of the 30’s there were more than 30,000 speakeasies in New York City selling illegal alcoholic beverages.

Those original speakeasies had little in common with today’s trendy and luxury ones. In fact, they usually were just hidden rooms or small places with a few bottles of barely drinkable home-made spirits.

Anyway, that old-timey feeling of exclusivity and secrecy had found its way into our days thanks to a few places that started a couple of decades ago to recreate that ambiance including details like the hidden entrances, wood and vintage décor, and a smart variety of drinks.

The success of those pioneers led to the new breed of speakeasies that has arised during the last decade. ...... (follow the instructions below for accessing the rest of this article).
This article is featured in the app "GPSmyCity: Walks in 1K+ Cities" on iTunes App Store and Google Play. You can download the app to your mobile device to read the article offline and create a self-guided walking tour to visit the attractions featured in this article. The app turns your mobile device into a personal tour guide and it works offline, so no data plan is needed when traveling abroad.