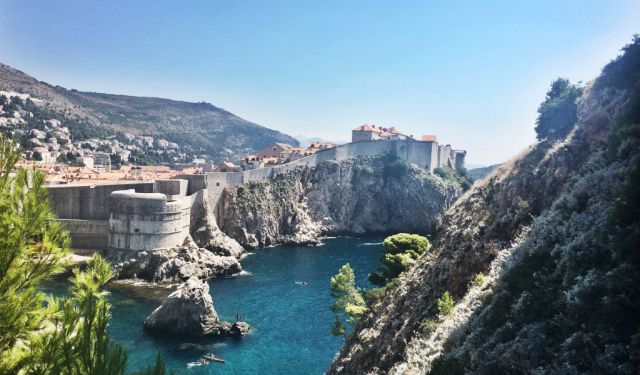 The 7 Things Every Game of Thrones Fan Must Do in Dubrovnik, Dubrovnik, Croatia (B)

Do you still have a big Game of Thrones shaped hole in your heart, and are you also heartbroken by the news that we’ll have to wait even longer than usual for the next season? Well what better way to console yourself than going on holiday to Westeros itself?! Okay, as close to getting to visit Westeros as you’re ever going to get on account of it being a fictional place…

As any super fan knows Dubrovnik has been used as the setting for the capital King’s Landing, and for various spots around Essos, since season 2 and I could not think of anywhere better to serve as a beautiful, medieval backdrop for one of the greatest TV shows ever made. What’s more is, unlike Westeros, a holiday to Dubrovnik is unlikely to lead to your head on a spike by the city gates!

Most of the time when you see a character in GoT walking the walls of King’s Landing they’re only in a section above Pile Gate which isn’t open to the public, but you can still feel like the King/Queen of Westeros walking around your kingdom high above the peasants below by walking the Dubrovnik city walls. One of the fortresses (Tower Minčeta) on the walls, that you can go into if you don’t mind a lot of stairs, was one of the filming locations for the house of the undying and it offers stunning panoramic views of the city. A ticket for the wall walk is 120 kuna (~£14/€16/$18) but *top tip*, if you visit Fort Lovrijenac first, where a ticket costs just 30 kuna, then that ticket will get you onto the walls without having to pay any extra. There are two entrances to the walls, one near Pile Gate and one near Ploče gate, not far from the old port entrance. ...... (follow the instructions below for accessing the rest of this article).
This article is featured in the app "GPSmyCity: Walks in 1K+ Cities" on iTunes App Store and Google Play. You can download the app to your mobile device to read the article offline and create a self-guided walking tour to visit the attractions featured in this article. The app turns your mobile device into a personal tour guide and it works offline, so no data plan is needed when traveling abroad.

Create Your Own Self-Guided Walks in Dubrovnik
Guide Name: The 7 Things Every Game of Thrones Fan Must Do in Dubrovnik
Guide Location: Croatia » Dubrovnik
Guide Type: Self-guided Walking Tour (Article (B))
Author: Emily Whiteside
Read it on Author's Website: http://puttheworldtowrites.co.uk/travel-2/dubrovnik-trip-for-got-fans/
Sight(s) Featured in This Guide: