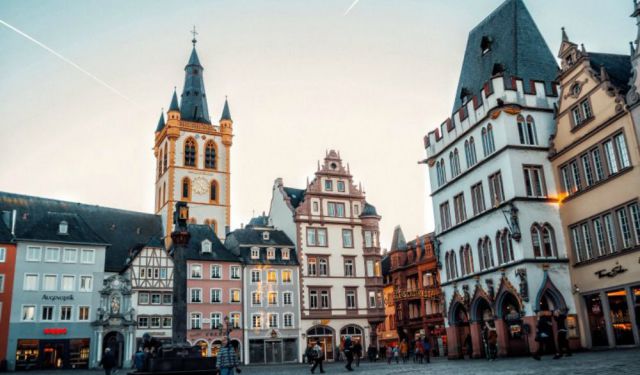 The Oldest City in Germany – Trier, Trier, Germany (B)

One sunny January morning, Friday to be precise, we set out for a day road trip to explore the beautiful Rhineland-Palatinate state in Western Germany. The main attraction that led us there was one of the most beautiful castles in Germany. Nope, not the Neuschwanstein. Yes, the Eltz Castle! But let’s take a pause in this topic – Eltz awesomeness deserves a separate story, and we will tell you it in the near future. There is something we need to share before it. Few days ago L. introduced you to Cochem and today we’d like to present the historically significant city of Trier.

Probably what’s most important about Trier is that it’s considered to be the oldest city in Germany. It was founded in the late-4th century BC by Celts. I’m not really sure who Celts are, but they immediately associate with Ireland and Vikings. As I Googled It, turns out I’m not the only dummy who thinks Celts and Vikings are similar, though they’re not. But maybe we’ll talk about this later when we’re visiting Ireland or Scandinavia.  ...... (follow the instructions below for accessing the rest of this article).
This article is featured in the app "GPSmyCity: Walks in 1K+ Cities" on iTunes App Store and Google Play. You can download the app to your mobile device to read the article offline and create a self-guided walking tour to visit the attractions featured in this article. The app turns your mobile device into a personal tour guide and it works offline, so no data plan is needed when traveling abroad.