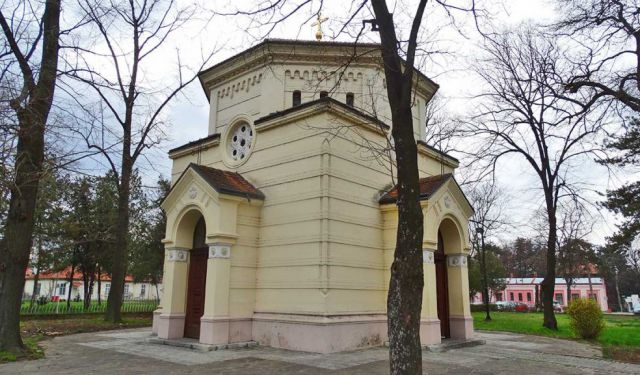 Can you imagine a four-sided tower about 3 meters tall, with 952 skulls attached to it? Neither could we, before we saw it.

During the first Serbian uprising (aiming to free Serbians from the Ottoman Empire) a group of revolutionaries, led by Stevan Sinđelić, were attacked on the hill of Čegar. What Wikipedia (quite conveniently) fails to mention is that the battle lasted several days and that this was one of the largest groups of people fighting against the Ottomans (about 4000 people).

When Stevan realized he was losing the battle against the quite larger army of 10 000 people, he committed the unthinkable. He fired his pistol into a powder magazine, killing himself and the remaining few soldiers left with him. Nonetheless this as not an act of defeat, nor failure. His suicide was the only way he could ensure destroying the largest part of the Turkish army thus stopping the invaders from reaching further into the territory of Serbia and protecting the rest of the Serbian revolutionaries fighting northern from them. ...... (follow the instructions below for accessing the rest of this article).
This article is featured in the app "GPSmyCity: Walks in 1K+ Cities" on iTunes App Store and Google Play. You can download the app to your mobile device to read the article offline and create a self-guided walking tour to visit the attractions featured in this article. The app turns your mobile device into a personal tour guide and it works offline, so no data plan is needed when traveling abroad.